How to Download and Install the iPhone TV App

The steps in this guide were written using an iPhone 7 Plus, in iOS 10.2. These steps ill require you to download an app from the App Store, so be sure that you are signed into your iPhone with your Apple ID, and that you know the password. 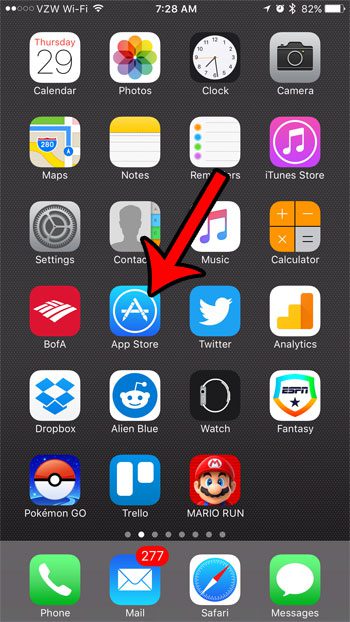 Step 2: Select the Search option at the bottom of the screen.

Step 3: Type “tv” into the search field at the top of the screen, then select the “tv” search result. 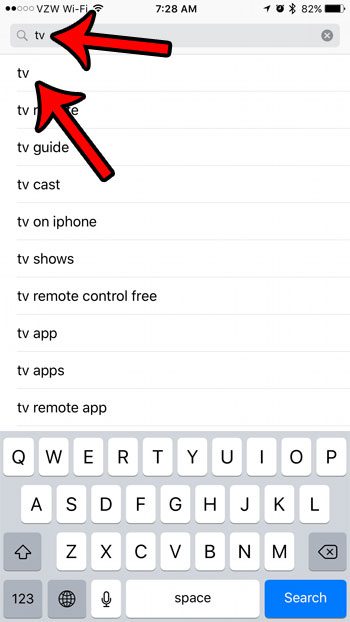 Step 4: Tap the cloud icon to the right of the TV app. Make sure that the app you are downloading is the one from Apple. 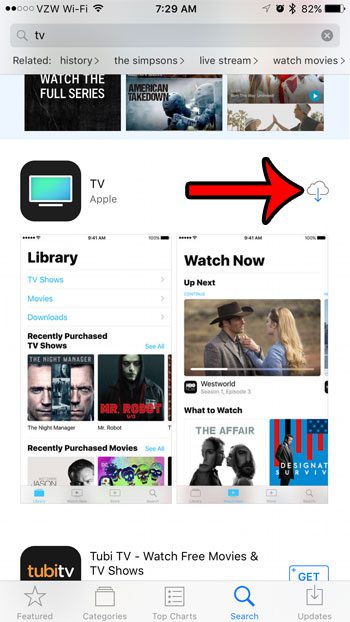 Step 5: Tap the Open button to launch the app. 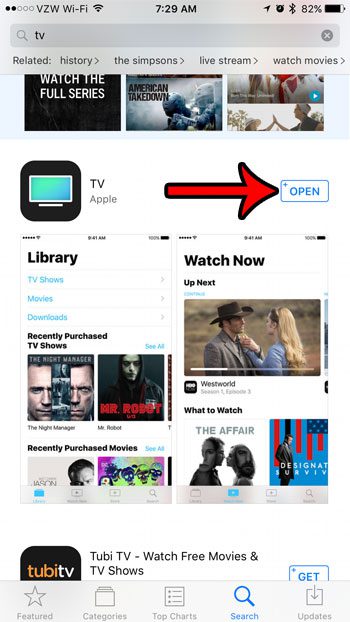 The TV app may not be in the same location on your Home screen after you reinstall it. Learn more about moving apps on your iPhone if you would like to move the TV app from its current location to a different one.