The iOS 10.2 update included a new feature that replaces the previously default “Videos” app with a new one called “TV.” This new app can integrate with some of the other video streaming apps on your iPhone, allowing you to watch content from multiple sources in one location. But, if you don’t stream video on your iPhone, then the TV app might simply be taking up space, leaving you looking for a way to delete the app.

Fortunately one of the new options in iOS 10 is the ability to delete some of the default apps on the device. This is something that wasn’t previously possible, but now you have the ability to remove almost any app on your iPhone that you don’t use. Our guide below will show you specifically how to delete the TV app from your iPhone.

Uninstalling the TV App on an iPhone

The steps in this guide were performed using an iPhone 7 Plus, in iOS 10.2. If you decide later that you would like to reinstall the TV app, then you can do so from the App Store. 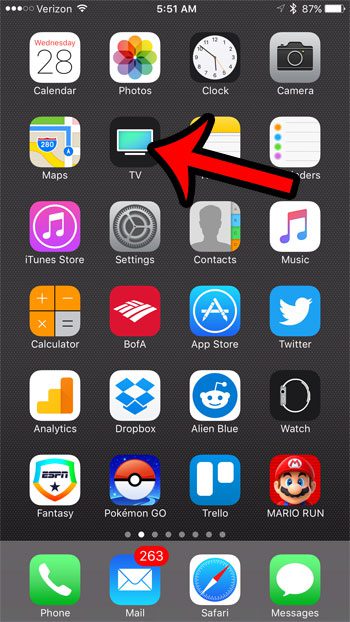 Step 2: Tap and hold on the TV app until it shakes, and a small x appears on the app icon. Tap that x button. 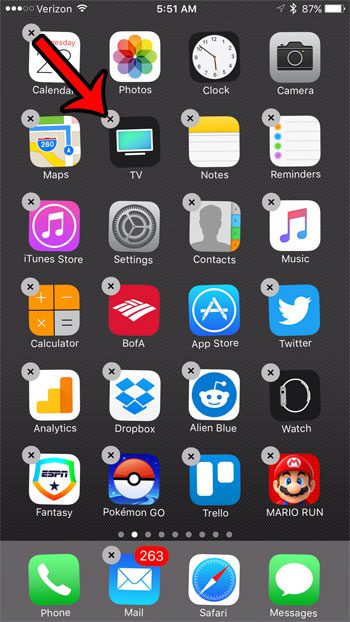 Step 3: Select the Delete option to finish removing the TV app from your iPhone. 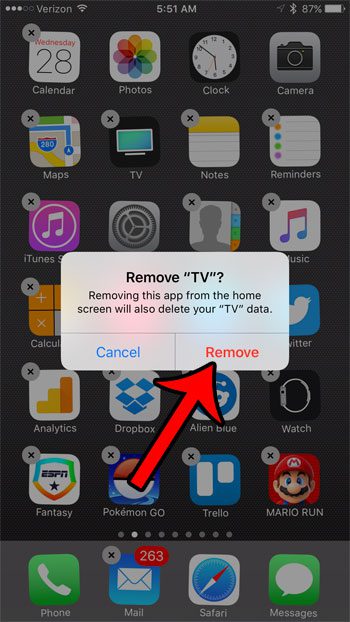 If you are having difficulty getting the x to appear on the TV app icon, and you are instead getting an option to “Add Widget,” then you are pressing too hard. Touch the TV app icon a little softer to complete the deletion process. If you are still having difficulty, then you might consider disabling 3D Touch on your iPhone, which is causing that additional option to appear.