YouTube recently launched a new service called YouTube Gaming that caters specifically to people who want to watch gaming-related videos and streams. This service can be watched on a computer or mobile device. If you wish to watch YouTube Gaming on your iPhone, then there is a dedicated app which you can download through the App Store.

Our guide below will show you how to find this app and install it so that you can start watching YouTube Gaming on your iPhone.

Note that streaming video can consume your cellular data very quickly. If you are concerned about this, them you may wish to limit the app to Wi-Fi only. This guide will show you how to disable cellular data usage for an individual app. 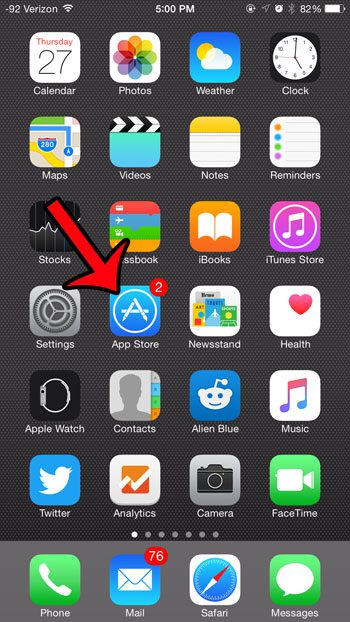 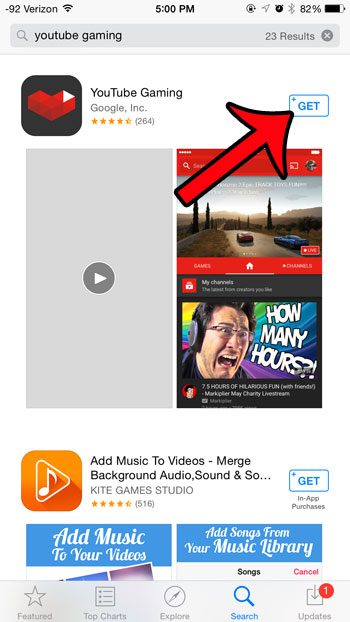 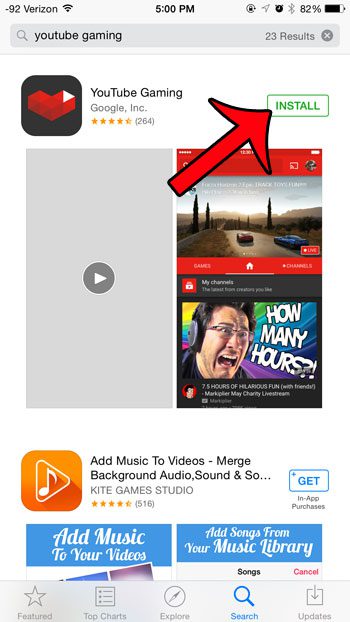 Once the app has finished installing, you can open it by tapping the Open button to the right of the app.

If you like to watch gaming videos, then Twitch is a great option. And if you have an Apple TV, then you can read this article to learn how to watch Twitch on your television via the AirPlay feature on your Apple TV.