Due to its lack of many physical buttons, most Android smartphones rely on the use of onscreen buttons to perform actions in your apps. Some of these actions require a minimal amount of interaction, while others require some additional steps.

If there are certain things on your phone that you wish were a little easier to do, such as interacting with alarms and phone calls, then you should try activating “Single-tap mode.” Our tutorial below will show you where this setting is located so that you can turn it on and see if it improves your experience with the device.

How to Perform Certain Actions with One Tap in Android Marshmallow

The steps in this article were performed on a Samsung Galaxy On5 in the Android marshmallow operating system. Once you have enabled this setting, you will be able to perform several device taps with a single tap. This makes those processes a little faster, but increases the possibility of a “mistap” or accidental tap that the double tap option would have previously prevented. 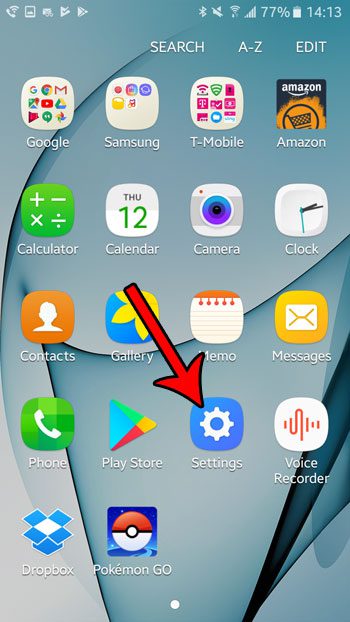 Step 4: Tap the button to the right of Single tap mode to enable the option. 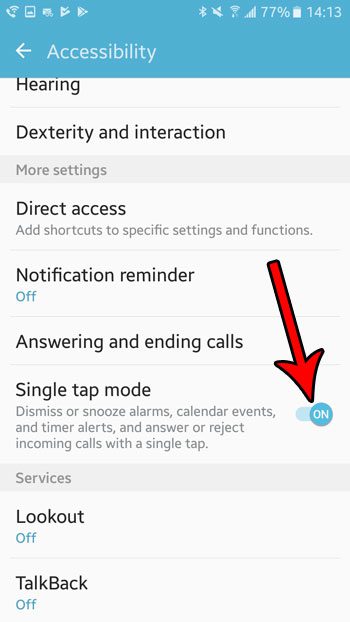 As noted underneath this button, enabling this feature will allow to do the following actions with one tap:

If you find that this is creating more problems than it is fixing, you can always come back here later and turn this setting back off.

Did you know that your Android Marshmallow phone has a flashlight that you can use without downloading any new apps? Learn how to use the Android flashlight and gain access to an additional light source that can come in handy when you have your phone, but you don’t have an actual flashlight.