The alarm feature on my smartphone is something that I use almost every day. I can set an alarm for the same time every weekday morning by making a few changes in my Clock app, and this functionality has allowed me to replace a dedicated alarm clock, while also making it easy for me to use an alarm while I’m traveling.

If your schedule doesn’t change very often, then the alarms that you first create might not be to be adjusted for a while. But if you have to work earlier or later, or if your personal schedule changes to the point that your existing alarms are no longer useful, then you can follow the tutorial below to change an existing alarm clock’s setting on your Marshmallow phone.

The steps in this article were performed on a Samsung Galaxy On5 using the Android marshmallow operating system. This guide assumes that you already have an existing alarm set on your device, and that you wish to change one of the settings for that alarm. If you have not set up an alarm yet, then this article can show you how. 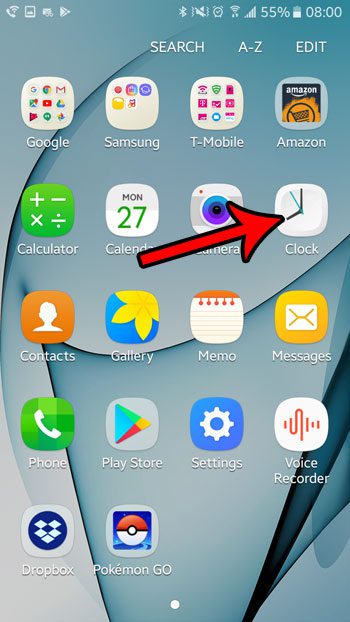 Step 3: Choose the Alarm tab at the top of the screen, then select the alarm that you want to edit. 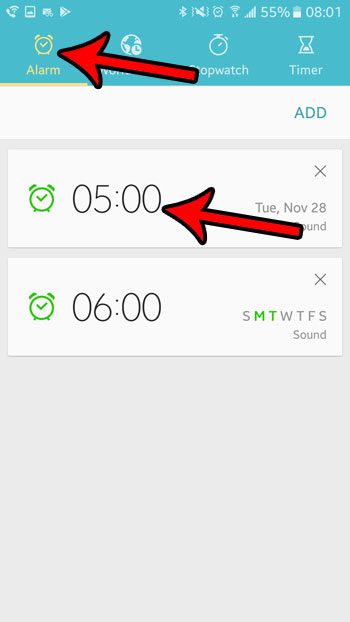 Step 4: Adjust the setting that you wish to modify. Once you have configured the alarm to your preferences, tap the Save button at the top-right corner of the screen. 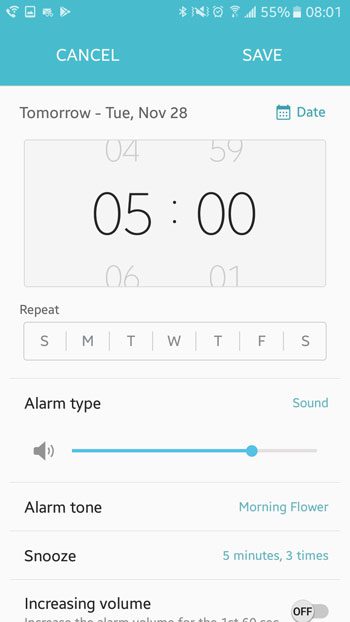 Would you like to be able to use your phone as a flashlight, but you aren’t sure how? Learn where to find and how to use the Marshmallow flashlight without needing to download any third-party apps.