Are you trying to covertly make a dinner reservation, or plan a party, and you are worried that someone with access to your phone will see the calls that you have been making? Fortunately you can take a simple step that will remove a recent call from your iPhone 5.

Your iPhone’s Phone app includes a tab at the bottom of the screen called Recents, where you can see all of the incoming and outgoing calls that were made with the device. Each of the items on that screen can be deleted individually. Our tutorial below will show you how.

These steps were performed on an iPhone 5, in iOS 8. 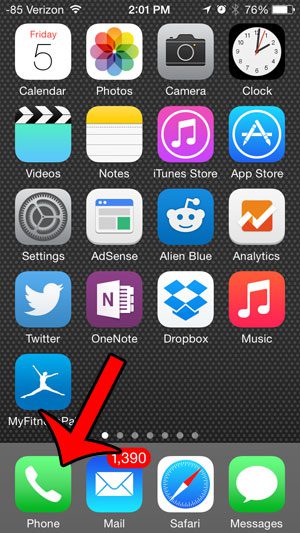 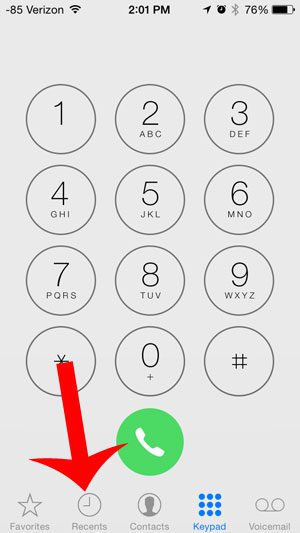 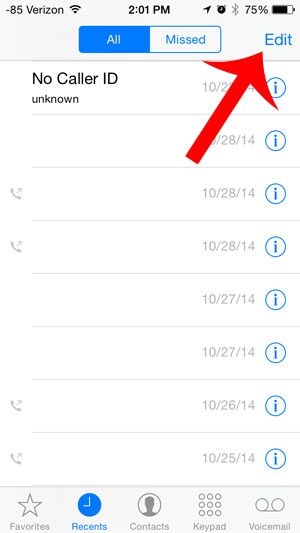 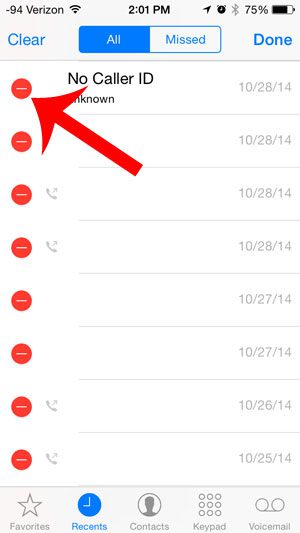 Step 5: Press the red Delete button to delete the call, then press the Done button at the top-right of the screen to exit the call deletion interface. 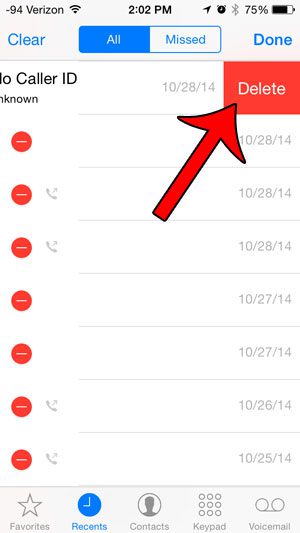 You can also delete a call on the Recents screen by swiping to the left on the call, then touching the Delete button.