There are certain features on the iPhone that can really help to improve your experience with the device. For some people typing on the iPhone can be a chore, and the ability to create a keyboard shortcut on the iPhone 5 is something that can save a lot of time. This is especially effective if there are phrases that you type much more often than others.

The iPhone’s keyboard shortcuts work by asking you to create a short sequence of letters that, when typed, will automatically be replaced by a longer phrase or sentence. This effectively allows you to type just a few letters and send an entire predetermined paragraph of information. Our tutorial below will show you where to go to create a keyboard shortcut in iOS 7, and will walk you through the necessary steps to set one up on your device.

Create a Keyboard Shortcut on the iPhone 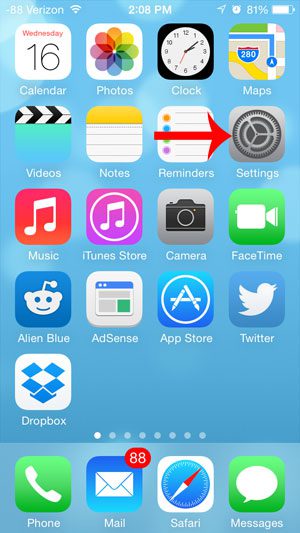 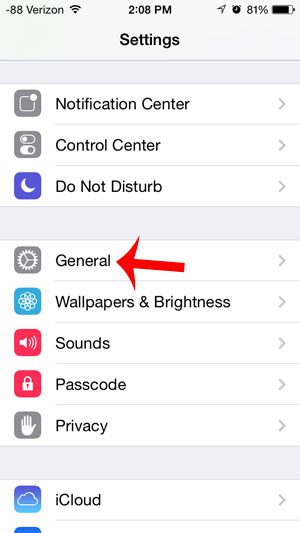 Step 3: Scroll down and tap Keyboard. 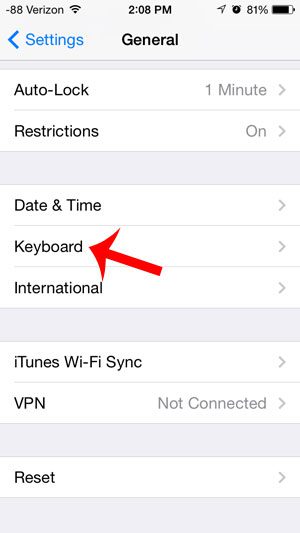 Step 4: Scroll down and touch the Add New Shortcut… button. 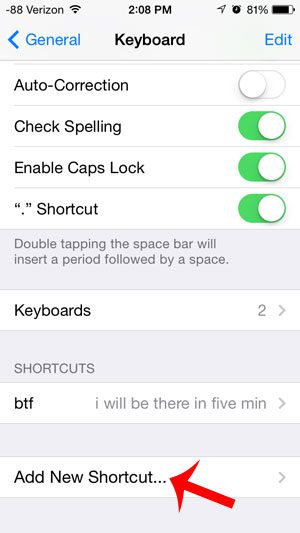 Step 5: Enter the phrase that you want to be able to create with a shortcut, type the shortcut that you want to use to create the phrase, then touch the Save button at the top-right of the screen. In the example image below, whenever I type “qwe” it will automatically replace it with “haha, that is awesome.” 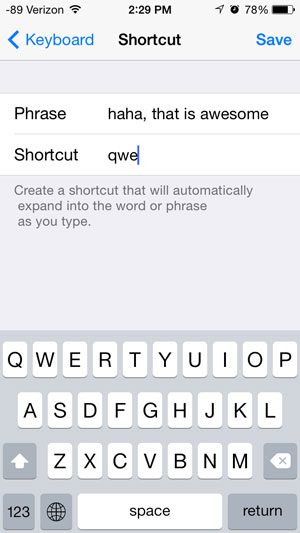 Now when you type the shortcut on your keyboard, you will be prompted with the phrase for the shortcut. You can then either touch the suggestion box, or simply press the space bar for the replacement to occur. 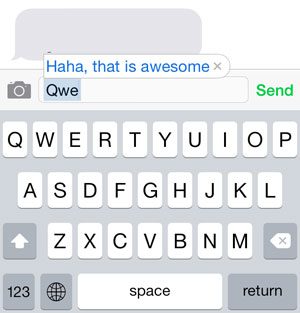 Did you create a phrase that is inconvenient, or did someone play a joke on you and create a lot of shortcuts for common words? Learn how to delete keyboard shortcuts so that the replacement effect stops occurring.