Some of the songs in the Music app will have a cloud icon next to them after making this change, indicating that they are currently stored in the cloud, and not on the iPad. You can download these songs to your iPad (provided you have the available storage space) by tapping the cloud icon.

It is important to note that songs with the cloud icon to the right of them are not currently downloaded to your iPad, and they are not taking up any storage space. They are simply listed in the Music app because you own those songs, and can freely choose to download them to the Music app, if you so wish.

The steps below were performed on an iPad 2, using the iOS 7 operating system. 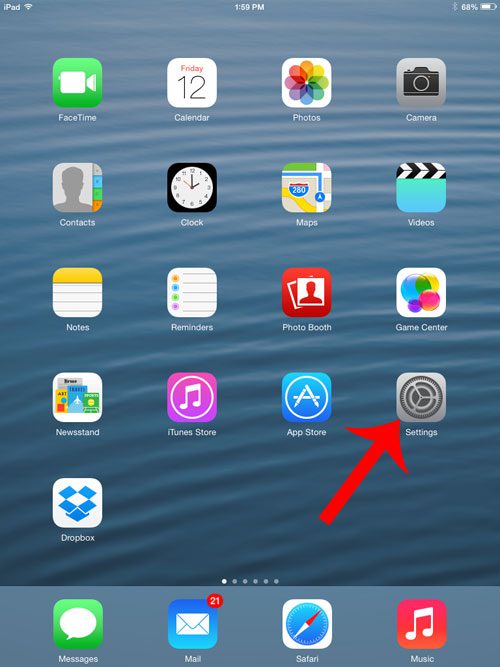 Step 2: Select Music from the column at the left side of the screen. 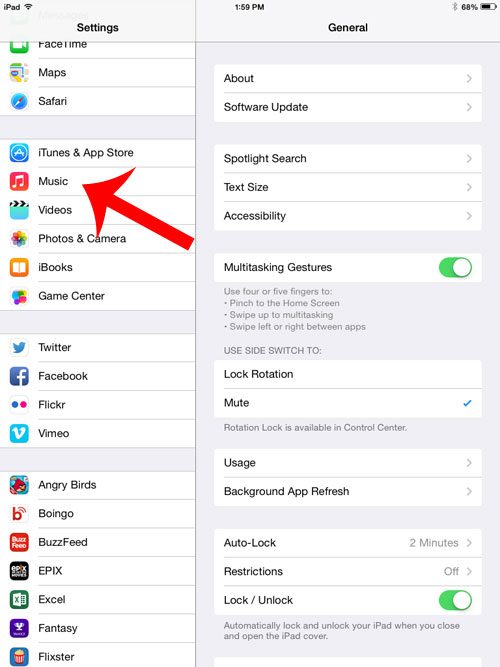 Step 3: Touch the button to the right of Show All Music. You will know that the feature is turned on when there is green shading around the button, as in the image below. 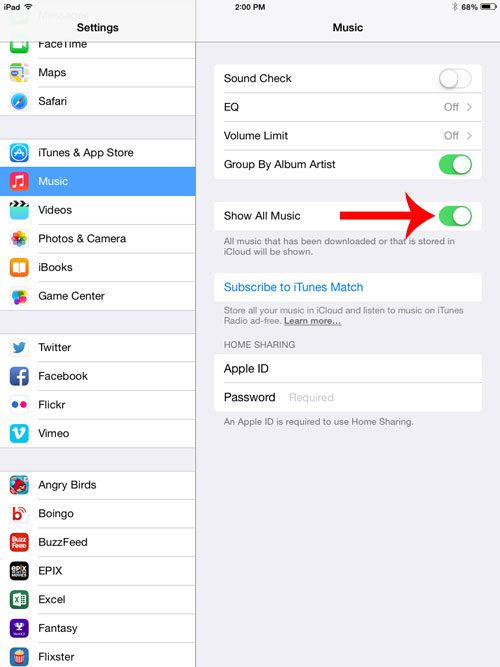 Is there a song that you have downloaded to your iPad, but that you now want to delete? This article will give you all of the information you need to delete songs from the device.