Like many other electronic devices and computers, the Roku 1 will periodically need to update itself in order to fix problems or add new features.

These updates can be manually installed by accessing a menu on the device that will check for and install any updates that are currently available. The steps in this article were performed on a Roku 1, but will work for other Roku models that are already running the system software shown in the screenshots below.

How to Install a System Update for the Roku 1

If your Roku 1 is already connected to the Internet, then it is likely that it is already configured to install updates automatically. However, if you know that there is a system update, or if it seems like the device has not been updated in a while, then you can follow these steps to manually check for an update.

Step 1: Press the Home button to return to the Roku 1’s home screen, then scroll down to the Settings option and press the OK button on your remote to select it. 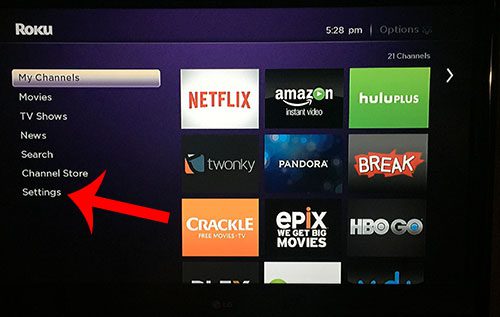 Step 2: Scroll down and select the System Update option. 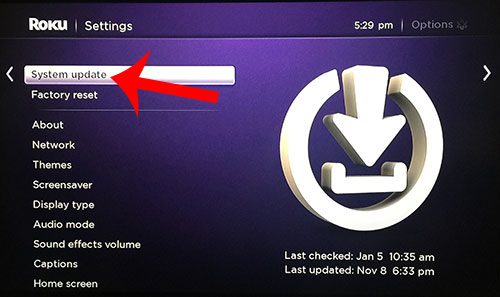 Step 3: Press the OK button on your remote control to select the Check Now option. 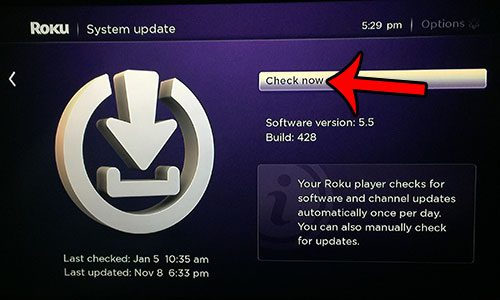 If there is an update available, then you will be able to install it. Note that installing an update may require your Roku 1 to restart.

Have you been thinking about getting a new set top box? This article comparing the Roku 3 and the Apple TV will show you some key differences between the two devices.