The apps on your iPhone will occasionally receive updates. Sometimes these updates fix an issue that was discovered with the app, while other updates will bring new features to the device. If you are attempting to do something in an app that should be possible with the new update, but you are unable to complete that action, then it is possible that the update has not yet been installed on your device.

Our guide below will show you where to go to check for app updates in iOS 10, as well as how you can install an update if it is available.

How to Update an App on the iPhone 7

The steps in this article were performed on an iPhone 7 Plus in iOS 10.3.2. This guide is going to show you how to update an individual app on your iPhone. However, there is also an Update All option on the screen where you will find the app updates. 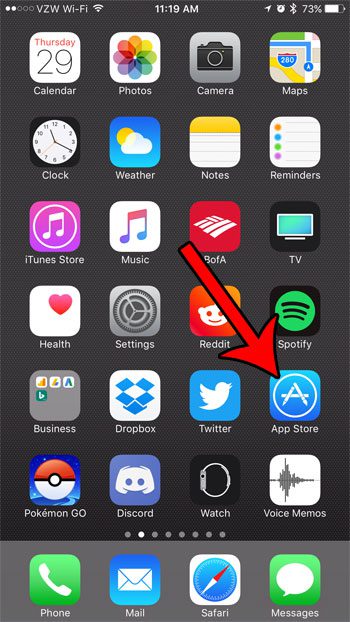 Step 2: Select the Updates option at the bottom-right corner of the screen. Note that there may be a number in a red circle on top of it. That number indicates the number of app updates that are currently available for the apps on your phone.

Step 3: Tap the Update button to the right of the app that you wish to update. As mentioned earlier, note that there is also an Update All button at the top-right of the screen. If you select that option your iPhone will install all of the updates that are currently available for your apps. 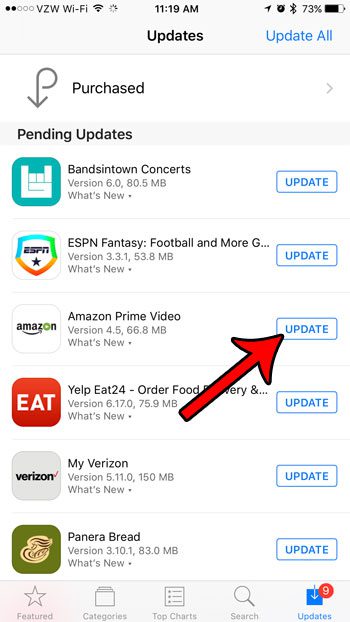 Would you prefer to let your iPhone automatically install updates for your apps as they become available? Click here to see how you can change the automatic app update setting on your device.