Space always seems to be at a premium on iPhones and iPads, especially when you want to download a movie or TV show, or when you need to install a large update.

This leads to situations where you need to optimize the files and apps that you keep on your device. One of the largest sources of space consumption is typically the Photos app and, if you are using the Photo Stream, that can account for much of it. So continue reading below to learn how to disable the Photo Stream on your iPad and save some space.

Delete the Photo Stream in iOS 7 on an iPad

Note that following the steps below and turning off the Photo Stream is going to delete all of the Photo Stream pictures that are on your iPad. The photos in your Camera Roll will remain. So if you have images that are in your Photo Stream, but not on any other devices, then you should either email them to yourself, or upload them to Dropbox. 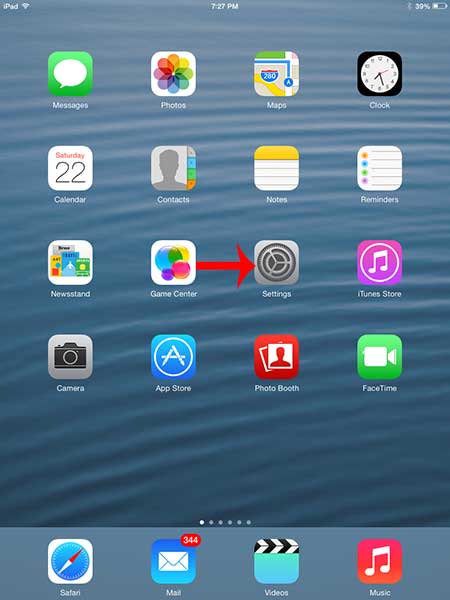 Step 2: Select the Photos and Camera option in the column at the left side of the screen. 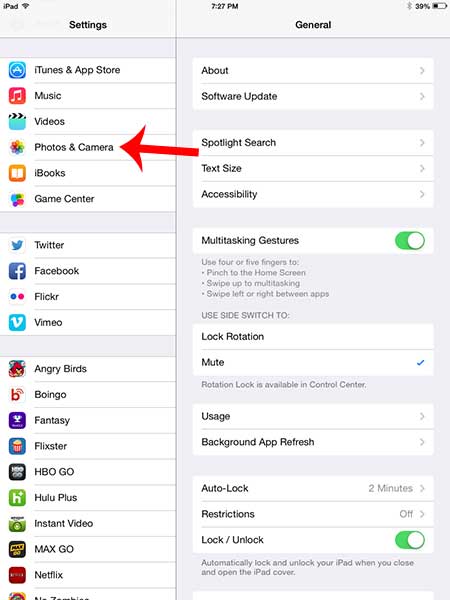 Step 3: Touch the button to the right of My Photo Stream to turn it off. If the Photo Stream is still turned on, then the shading around the button will be green, as it is in the image below. 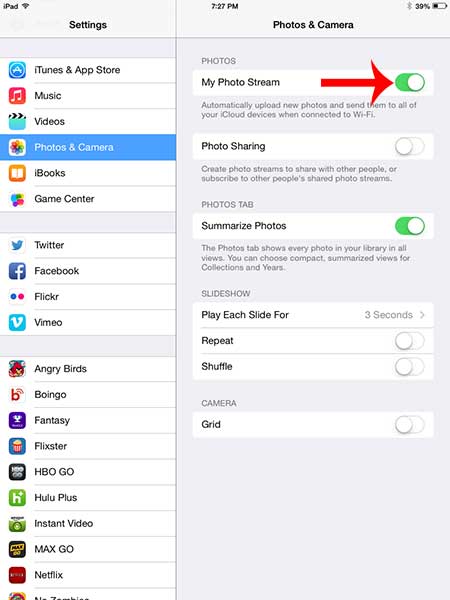 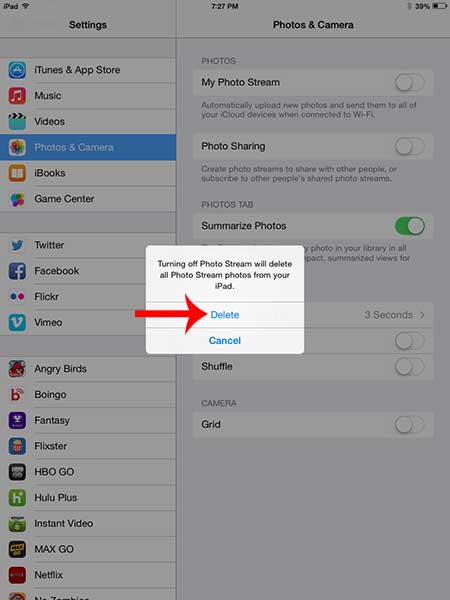 Have you been trying to figure out how to take pictures with your iPad, but without the shutter sound? This article can teach you how.