Organizing emails by thread has been a popular feature for email providers and email programs for several years. When your email is organized by thread, you are able to click a single email from that thread and see the rest of the emails in that conversation. This can be helpful as a reminder of what the conversation was about.

But many people dislike organizing emails by thread, and being forced to use that feature when you do not want it is frustrating. Fortunately you can turn off email thread organization on your iPhone in the settings menu for your Mail program. Continue reading below to learn the steps necessary to disable this feature.

Disable Email Threads on an iPhone 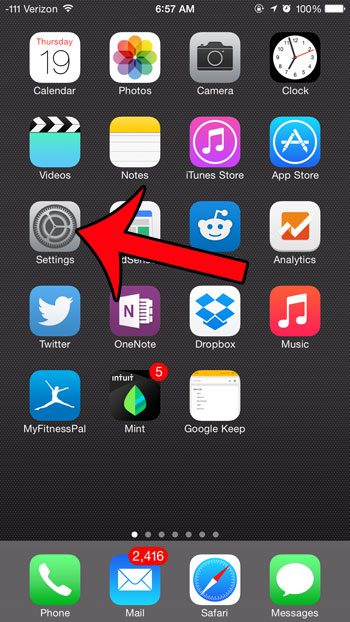 Step 2: Scroll down and select the Mail, Contacts, Calendars option. 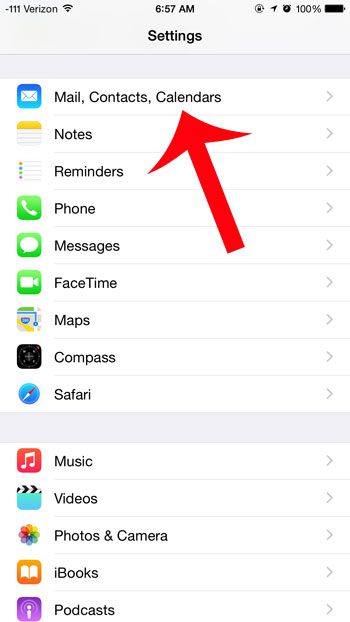 Step 3: Scroll down and tap the button to the right of Organize by Thread to turn it off. You will know that thread organization has been turned off when there is not any green shading around the button, as in the image below. 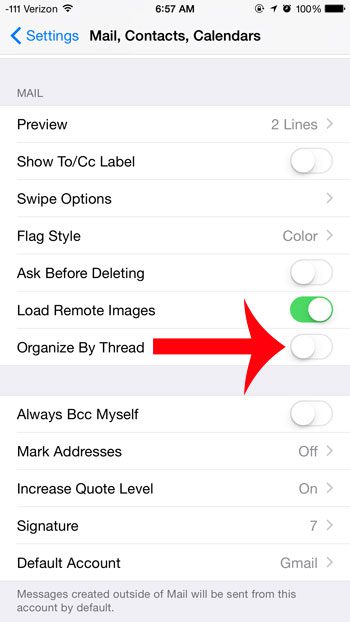