You can customize many aspects of your iPad if you need to change something about the user experience. Some of these changes are fairly obvious to locate and modify, but others can be more difficult to find, or can even be enabled by accident. One such issue may arise if you find that your iPad keyboard is suddenly being displayed at the center of your screen instead of the bottom.

The iPad keyboard is considered “docked” when it is at the bottom of the screen. When it is floating at the center of the screen, as in the image below 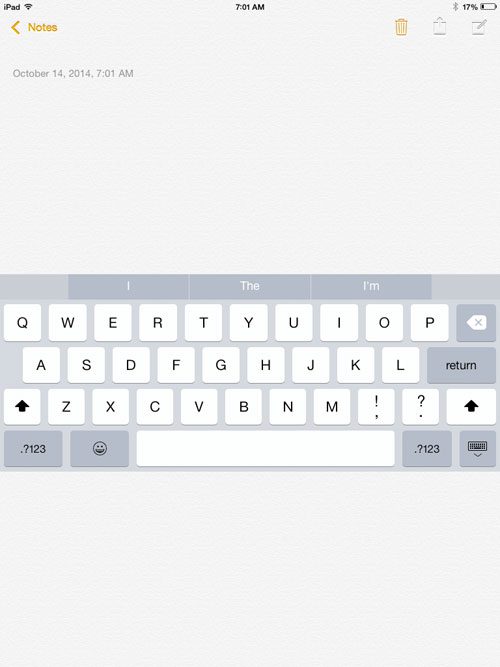 Then the iPad is considered “undocked.” Fortunately you can change this setting quickly and restore the keyboard to its’ default location at the bottom of your screen.

Move the iPad Keyboard Back to the Dock

The steps in this article were performed on an iPad 2 in iOS 8. Your screen may look different than the images below if you are using an earlier version of iOS.

Step 1: Open an app that uses the keyboard, such as the Notes app. 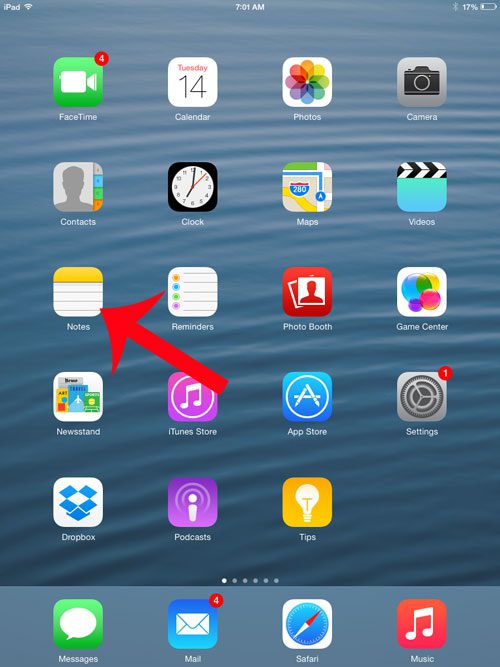 Step 2: Tap and hold the keyboard icon at the bottom-right corner of the keyboard, then select the Dock option. If your keyboard is also split on the iPad, then you may need to modify your settings to fix that problem as well. Learn how to deal with a split iPad keyboard and restore it to the default, one piece keyboard.