The iPad can be a little difficult to type on, which can be problematic when you need to return a bunch of emails. Because of this reason, there is an option on the iPad that allows you to split the keyboard into two pieces, with one on each side of the screen. This makes it easier to type with your thumbs while holding the iPad with both hands.

But if your iPad keyboard has been split into two pieces, then you can make a quick change that allows you to return it to the standard single keyboard.

How to Get the iPad Keyboard Back to One Piece

The steps in this article were performed on an iPad 2 using the iOS 7 operating system. Your screen may look slightly different if you are using a different version of iOS. 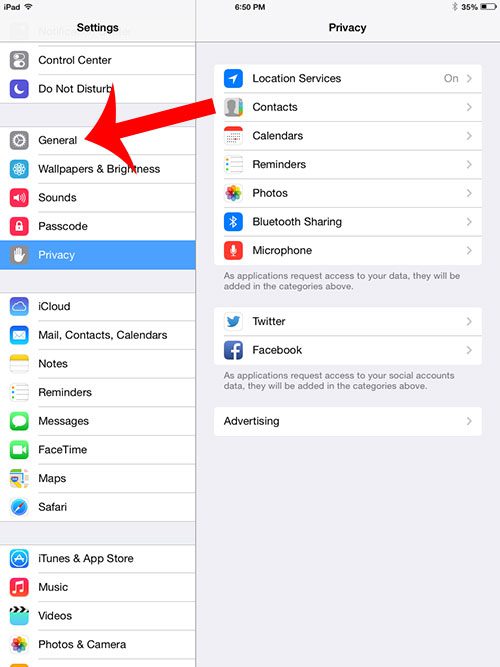 Step 3: Scroll down and select the Keyboard option in the column at the right side of the screen. 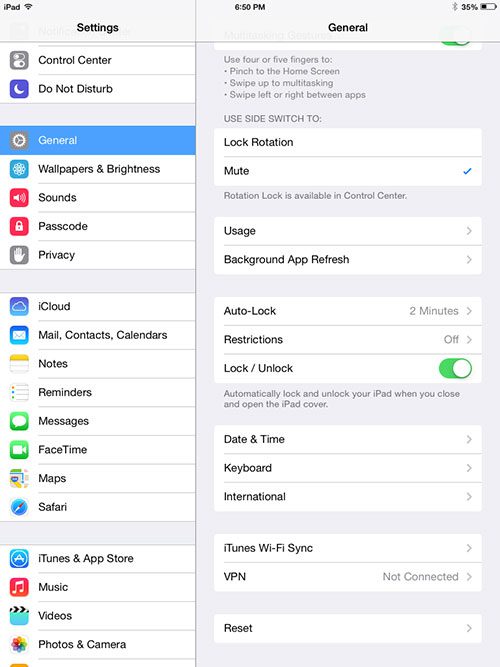 Step 4: Touch the button to the right of Split Keyboard to restore the normal, single keyboard that you are looking for. You will know that they split keyboard option is turned off when there is not any green shading around the button. 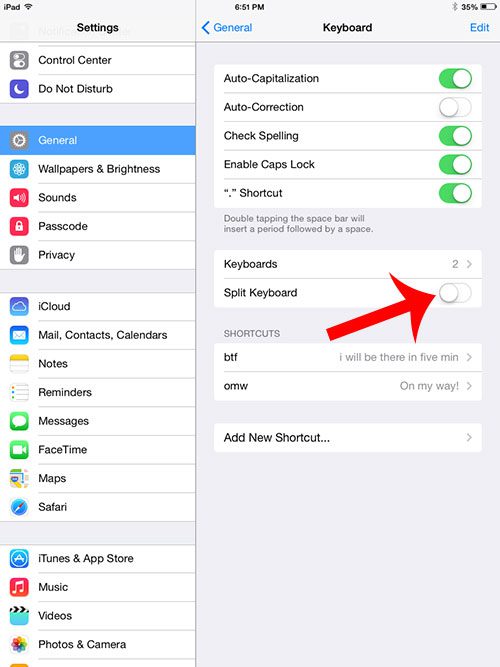 Note that you can also turn off the split keyboard option by tapping and holding the Keyboard icon, then selecting the Dock and Merge option. 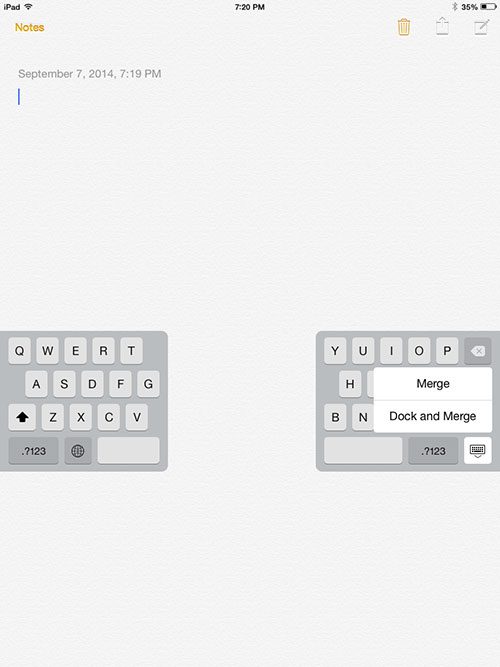 Would you like to be able to include emojis when you type messages or emails on your iPad? Read here and learn how to add the emoji keyboard.