Emojis are popular icons that you can type into apps on your iPad. They include different types of smiley faces, animals and other tiny images that are fun to use in conversation.

but these emojis are not found on your iPad by default, so you need to take a few steps in order to make them usable on the device. Fortunately, however, the emojis are free and easy to use once you have followed our steps below to get the emojis on your iPad.

Use Emojis on Your iPad in iOS 7

The steps below are specifically for an iPad that is using iOS 7. If your iPad is running an older version of iOS, then you can read the instructions in this article.

Your emojis will be readable by anyone that is using an iOS device such as an iPhone, iPad, iPod touch or Mac computer. Some phones from other manufacturers may be able to read them as well, but they are intended to be used for communication between different Apple products.

Step 1: Touch the Settings icon on your iPad home screen. 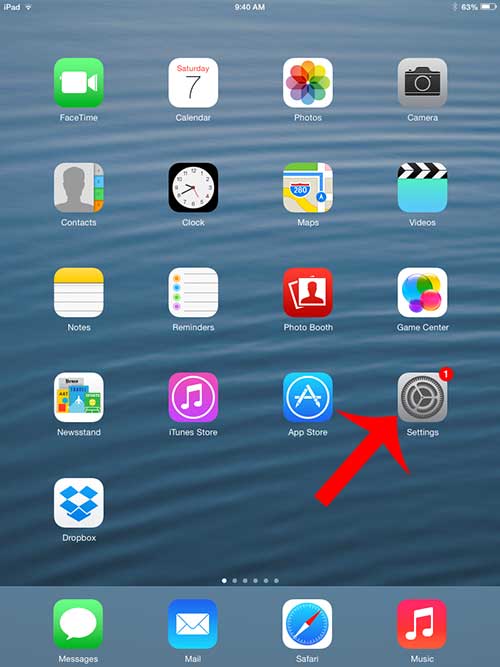 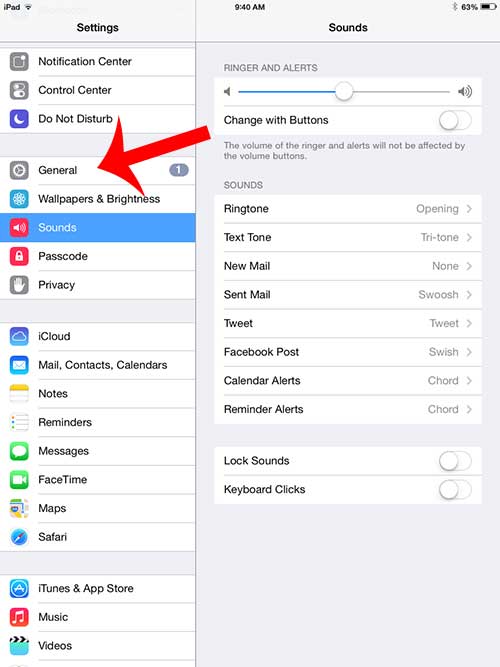 Step 3: Scroll down and touch the Keyboard button. 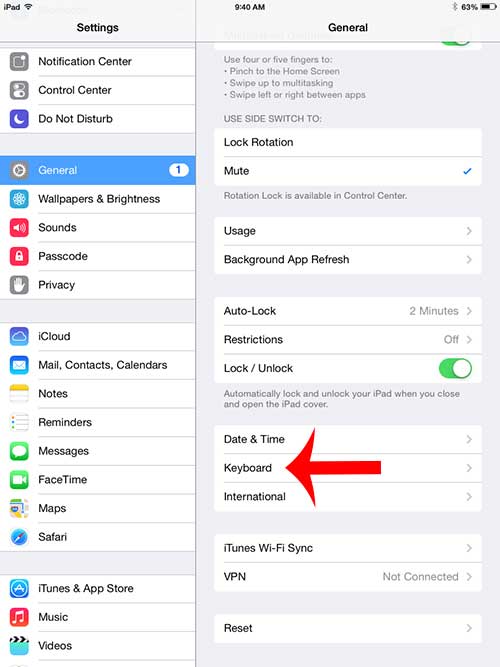 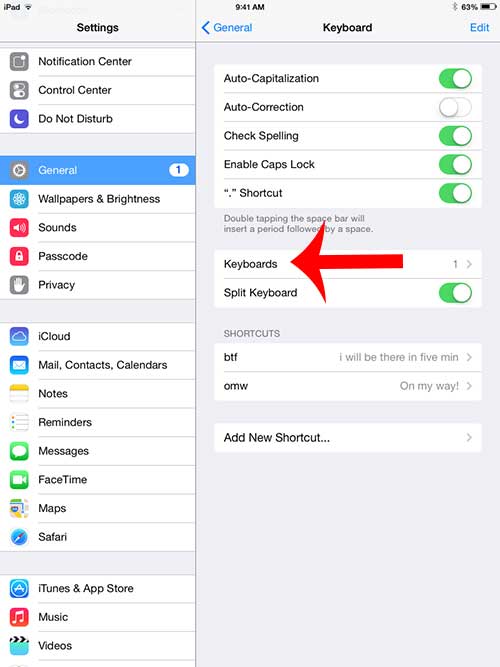 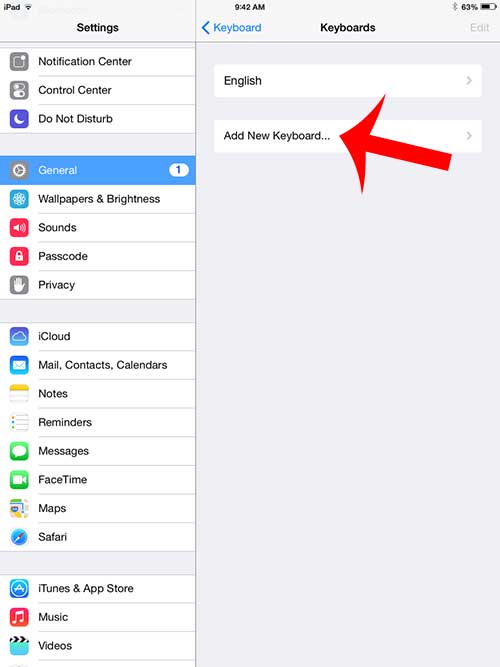 Step 6: Scroll down and touch the Emoji button. 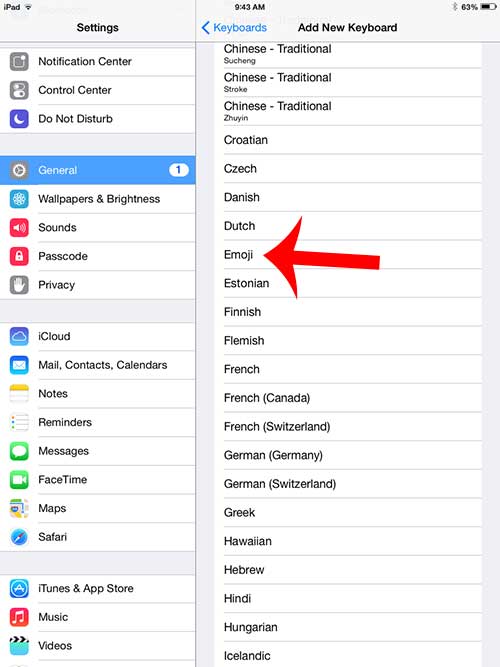 Now when you open an app that uses the keyboard, such as Messages or Notes, you can touch the globe icon to the left of the spacebar.

You can switch between different emojis by touching the buttons at the bottom of the screen.

You can delete emojis that you do not want to use by simply touching the backspace button as you would if you were trying to delete a normal letter.

Do you also have an iPhone on which you would like to use emojis? Click here to read our short guide on using emojis on your iPhone.