The apps on your iPhone generally exist separately from one another. If an app needs another app to function, such as a social media picture-sharing site that needs access to your camera, then that app will request that access when you install it, or when you try and use that feature.

But some of the default apps on your iPhone may have access to other default apps enabled in an effort to let you use those apps as intended. Much of this access can be disabled, however, including Safari’s access to your camera and microphone. Our tutorial below will show you where to find and turn off this setting if you would like to prevent Safari from using those features.

The steps in this article were performed on an iPhone 7 Plus in iOS 11.2.2. Completing these steps will turn off a setting in Safari that gives it access to your camera and microphone. If you decide later that you want to be able to use this feature you can return to this menu and re-enable it. 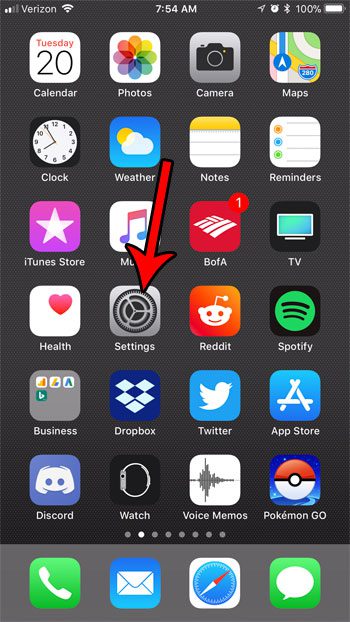 Step 2: Scroll down and select the Safari option. 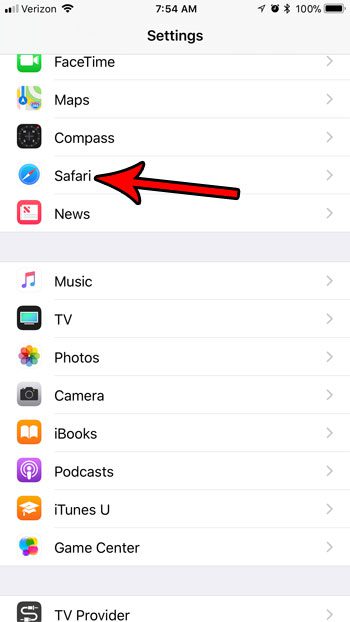 Step 3: Tap the button to the right of Camera & Microphone Access to turn it off. The setting is disabled when there is no green shading around the button. I have turned it off in the picture below. 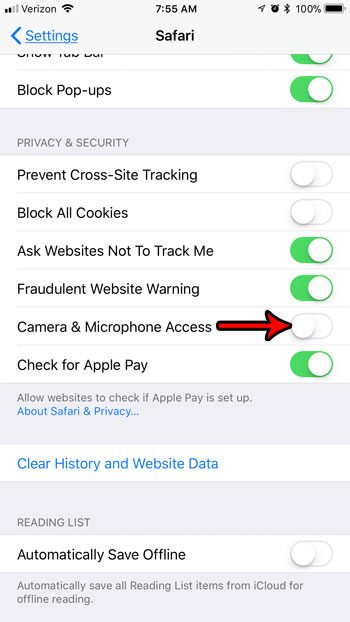