The Windows taskbar at the bottom of your computer screen shows some icons that you can click to open certain programs. It will also show an icon for a program that is currently open. In some cases it may even have multiple layers behind that icon to indicate that the program has multiple instances.

Typically Firefox will only show multiple layers if you have more than one window open, but it’s possible to adjust that behavior so that a layer is shown for each open tab. Our tutorial below will show you how to enable that option if you would like to see whether or not this method of navigation can improve your experience with the browser.

How to Enable Windows Taskbar Previews for Firefox

The steps in this article were performed in Google Chrome. Performing the steps in this guide will change a setting in Firefox so that you can see a preview of each currently-open tab in Firefox, allowing you to click on the desired one when navigating through the Windows taskbar.

Step 2: Click the Open menu button (the one with three horizontal lines) at the top-right of the window. 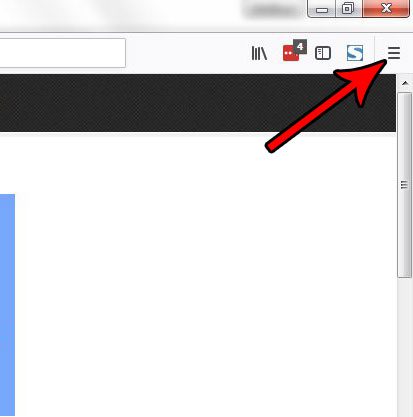 Step 3: Choose the Options button from this menu. 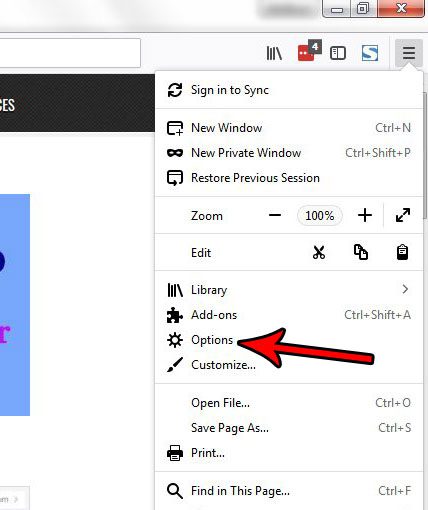 Step 4: Scroll down to the Tabs section and check the box to the left of Show tab previews in the Windows taskbar. 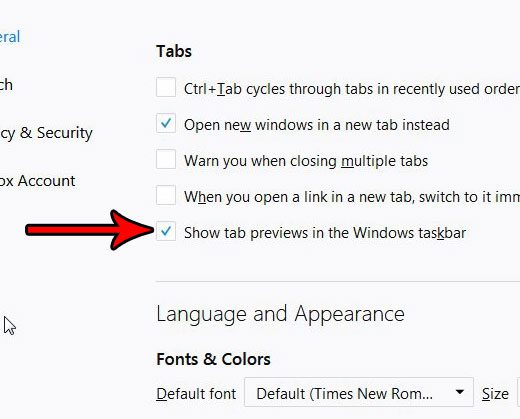 Now when you hover over the Firefox icon in your taskbar you should see a different option for each tab that is currently open in the Firefox browser. Clicking on any of those tabs will take you directly to the tab selected.

Are you having problems with Firefox and trying to figure out the cause? Find out how to disable an add-on in Firefox if you are following a troubleshooting guide that suggests that as one of the courses of action.