Updates to the iOS operating system are made available when bug fixes or security concerns warrant changes to the iPhone’s operating system. These updates can be downloaded and installed through the Settings menu on the device. But you may not be able to step away from your iPhone for the amount of time that downloading and installing the iOS update requires. Fortunately there is an option to schedule the update to occur at a more convenient time, typically while you are sleeping.

But you may find that you actually won’t be able to install the scheduled update, and that you need to cancel it. Our guide below will show you how to cancel a scheduled auto-install of iOS on your iPhone.

Disable an Auto Install on an iPhone

The steps in this article were performed on an iPhone 5, in iOS 9.3. These steps are going to cancel an automatic iOS update that you had previously scheduled. if you do this, you will need to go back to the update menu later to install that update. 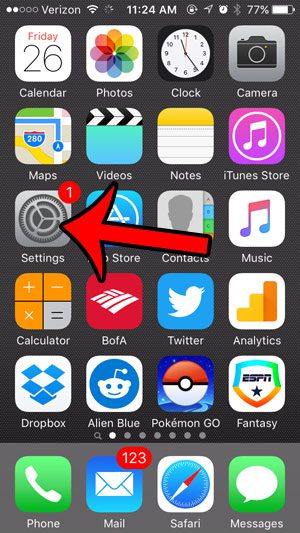 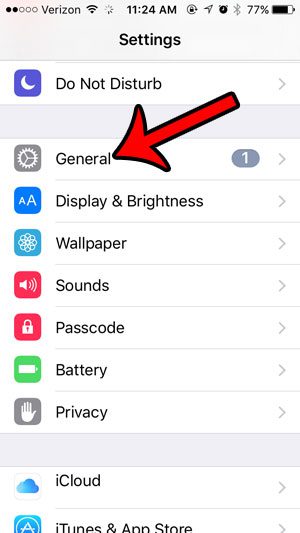 Step 3: Select the Software Update option near the top of the screen. 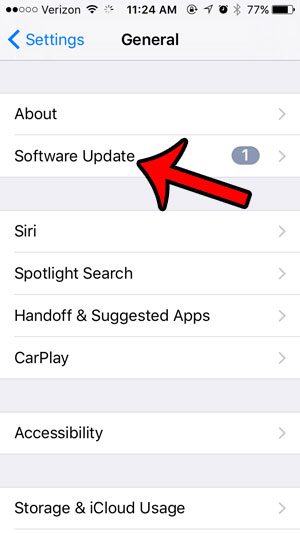 Step 4: Tap the Cancel Auto Install button at the bottom of the menu. 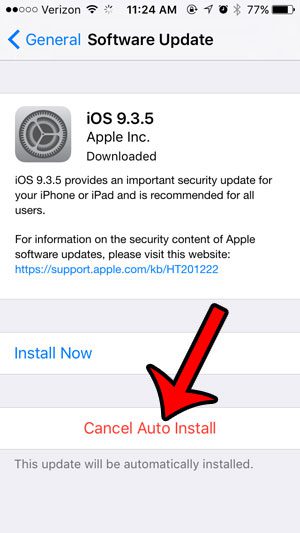 Step 5: Tap the Cancel Auto Install button again to confirm that you wish to cancel the installation of the iOS update.

If you decide later that you do want to install the update, you can do so from this same menu.

If you can’t install an iOS update because you do not have enough available space on your device, then you will need to delete some files. Our complete guide to deleting items on an iPhone can show you a few of the common places to check in order to regain enough space for whatever you need.