Is your Android Marshmallow phone telling you that you aren’t connected to your cellular provider’s network? If you’ve confirmed that your account is in good standing, that you should be in range of a cellular network, and that there is nothing physically wrong with your phone, then this can be a pretty confusing and frustrating problem to troubleshoot.

If you have previously adjusted the settings for a feature called Wi-Fi calling, then that setting may be the culprit. One of the Wi-Fi calling options in Android marshmallow is to never use a cellular network. If that is the current option selected on your Wi-Fi calling screen, then it may well be the reason that your phone isn’t able to connect to a cellular network for anything. Our guide below will show you where to find and change this setting on your device.

How to Change Your Wi-Fi Calling Setting in Android Marshmallow

The steps in this article were performed on an Samsung Galaxy On5 using the Android Marshmallow service. Note that this may not always resolve the issue of your SIM card saying that it is out of service. There may be other issues such as an out-of-date operating system, account issues, or not being in range of a cellular network.

Step 2: Select the More option at the top-right of the screen. 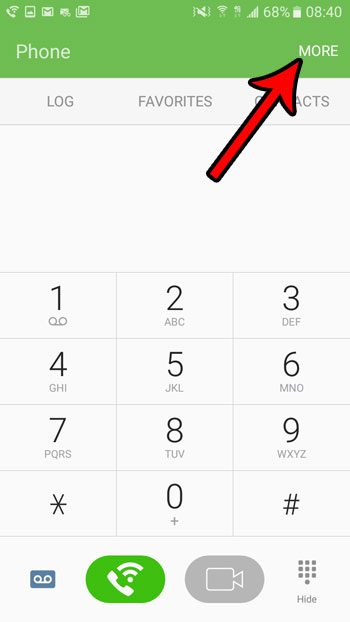 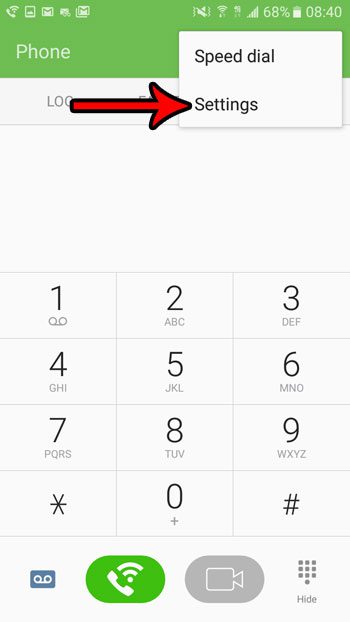 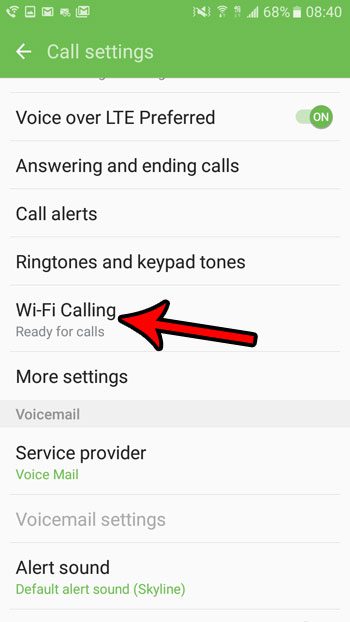 Step 5: Select either the Wi-Fi Preferred or Cellular Network Preferred option. If your phone was previously telling you that it was not connected to your wireless provider’s mobile network, then the Never use Cellular Network option may have been selected. Switching to one of the other options should resolve the issue. 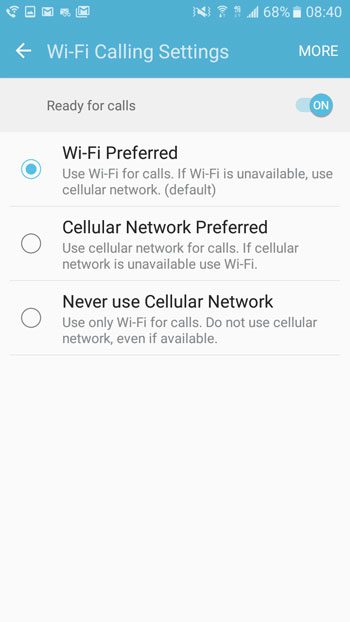 Would you like to take screenshot with your Android phone like the ones shown in this article? Learn how to create screenshots in Android Marshmallow by pressing just a couple of buttons.