Super Mario Run is quickly becoming one of the most popular games on the iPhone, despite the fact that it costs $9.99 to purchase the full game. The game is fun, it’s easy to play for long periods of time, while also making it easy to spend a couple of minutes completing a level, or doing a rally run.

The convenience factor means that you can play it while you’re standing in line somewhere, or on public transportation. However, the music and sounds coming from Super Mario Run could theoretically bother someone that is nearby you when you are playing in public so, if you aren’t able to wear headphones, it might be a good idea to simply turn off the music and sounds in the game. Out guide in this article will show you where to find those settings so that you can turn them off.

How to Disable Sounds and Effects in Super Mario Run

The steps in this guide were performed using an iPhone 7 Plus, in iOS 10.2. The version of Super Mario Run being used was the most current version available at the time this article was written.

Step 2: Tap anywhere on the screen to continue. 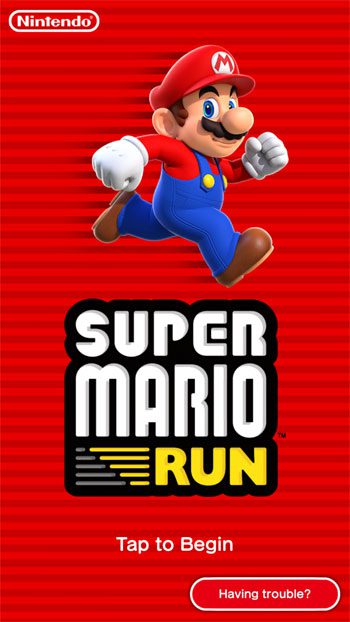 Step 3: Tap the Menu button at the bottom-left corner of the screen. 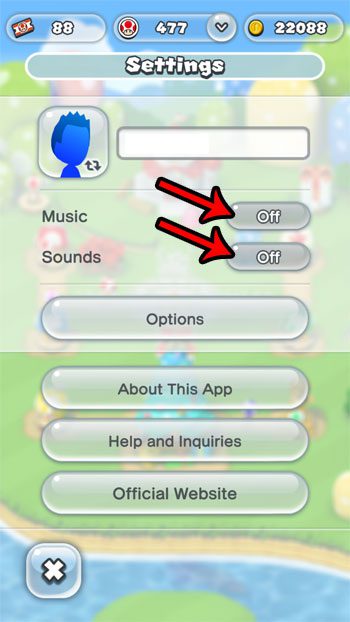 Are you trying to add new friends to Mario Run, but you’re having trouble figuring out how? Learn how to find your Player ID in Super Mario Run so that your friends can send you requests and you can start sharing your scores.