Setting up a printer on a Windows or Mac computer can sometimes be a hassle, but learning how to print a Web page on an iPad is a much smoother process. The iPad takes advantage of a feature called AirPrint that allows it to print to an AirPrint-compatible printer with a minimal amount of preparation.

AirPrint is a common feature on most newer wireless printers, and you do not even need to install a print driver on your iPad to use it. Your iPad and AirPrint printer simply need to both be turned on and connected to the same wireless network and you will be able to print items from your iPad, such as a Web page.

Printing From Safari on an iPad

This tutorial will teach you how to print a Web page to your AirPrint printer, directly from the iPad’s Safari Web browser. You do not need to do anything to configure your iPad to use AirPrint. Your iPad and your AirPrint-compatible printer simply need to be on the same wireless network. You can learn more about AirPrint here.

The steps in this article were written on an iPad 2 using iOS 7. Your screen and the exact instructions may be slightly different if you are using a different version of iOS.

Step 1: Confirm that your iPad and your AirPrint printer are connected to the same wireless network, and that the printer is turned on.

Step 2: Open the Safari browser on your iPad. Step 2: Browse to the Web page that you want to print. Step 3: Touch the Share icon at the top-left of the screen. It is the icon that looks like a rectangle with an arrow pointing up. 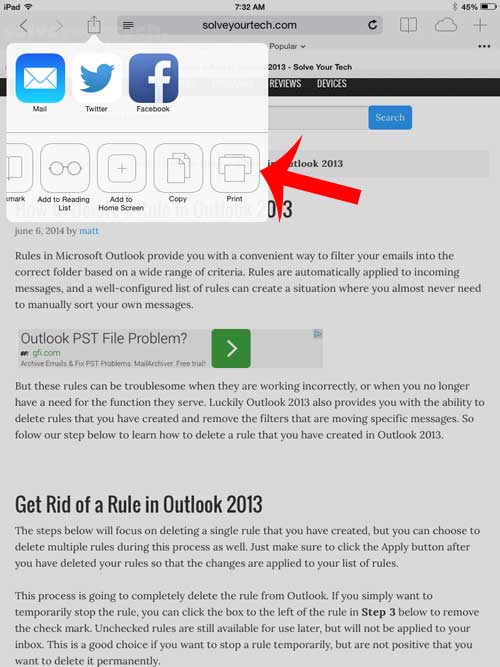 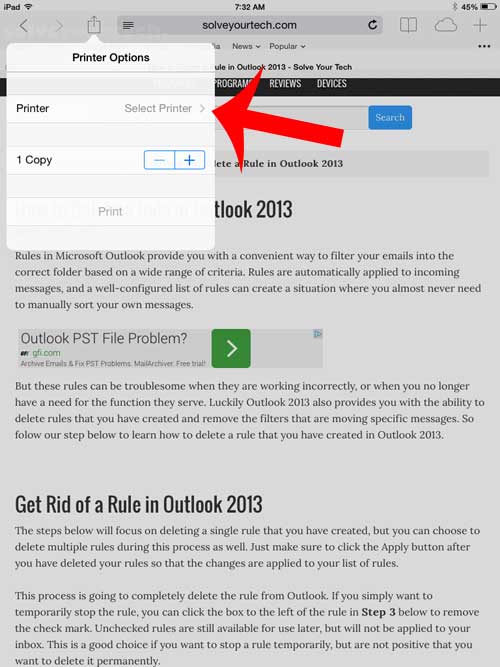 Step 6: Select your AirPrint printer from the list on this screen. Note that if you do not see your printer on this list, then the printer may not be AirPrint compatible, or it may not be connected to the same wireless network as your iPad. You can consult this list to see if your printer is compatible with AirPrint. 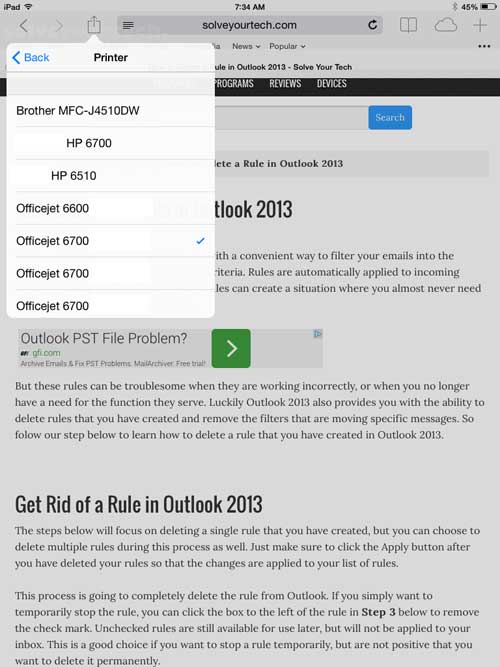 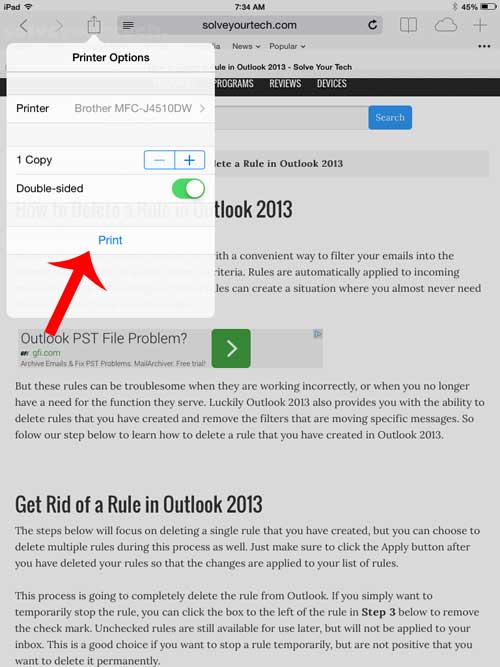 Are you looking for an AirPrint printer? Read our review of a popular Epson model to see if it is the right solution for you.