Many document formatting requirements dictate that margins need to be a specific size. One effective way to achieve this is with the use of the ruler that is typically found in Microsoft Word programs (another way is to set your margins using the steps in this tutorial.) But if you find that the ruler is not visible, then you might be wondering where it has gone.

Fortunately the ruler is still part of Microsoft Word 2010, although you may need to adjust a setting in the program to make it visible. Fortunately adjusting the ruler visiblity setting requires just a few short steps, which we will walk you through in the guide below.

How to Get the Margin Ruler in Word 2010

The steps in this guide were performed in Microsoft Word 2010. However, this setting is located in the same place in Word 2007 and Word 2013 as well. 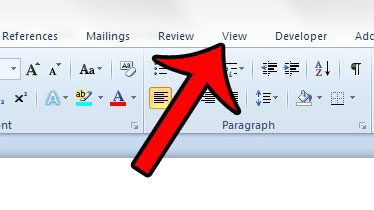 Step 3: Check the box to the left of Ruler in the Show section of the navigational ribbon at the top of the window. The ruler visibility setting should then remain the same once you close Microsoft Word. So if you have elected to display the ruler, then it should continue to be displayed until you adjust the setting again in the future. 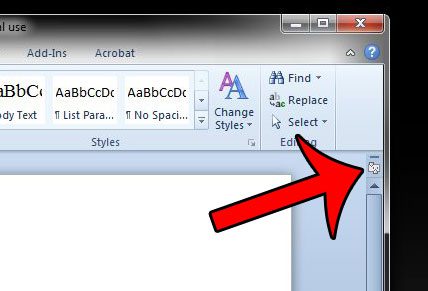 Is the unit of measurement being used in Microsoft Word 2010 not the one that you would prefer? Learn how to change this setting if, for example, you would prefer to use centimeters instead of inches when setting your margin sizes.