If you want to subtract in Excel, there’s a formula that can help you do it. The same goes for other common mathematical operations, as well as some advanced calculations that let you do things like combine data from multiple cells.

But sometimes you need to do something in Excel that doesn’t involve math or sorting, such as adding an arrow to one of your cells. Whether this is to highlight a specific cell or row of data, an arrow can be a good way to draw the eye of your reader. Our tutorial below will show you how to insert an arrow into a cell in Excel 2013.

The steps in this article were performed in Microsoft Excel 2013. By completing the steps in this guide you will select a cell in your spreadsheet, then add an arrow to that cell. There are several styles of arrows from which you can select.

Step 2: Select the cell into which you wish to insert the arrow. Step 3: Click the Insert tab at the top of the window. Step 4: Click the Symbol button in the Symbols section at the right side of the ribbon. 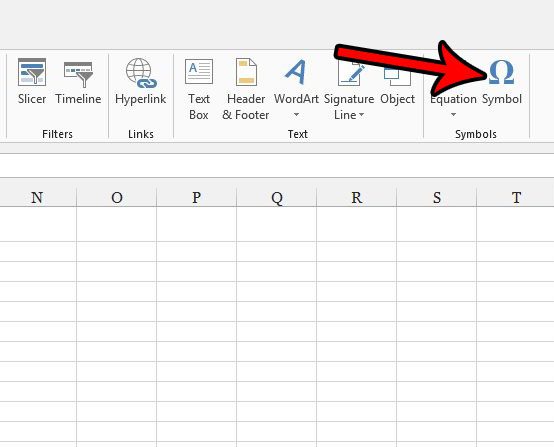 Step 5: Scroll down the list of symbols until you find the arrow that you want to use, click the desired arrow, then click the Insert button at the bottom of the window. 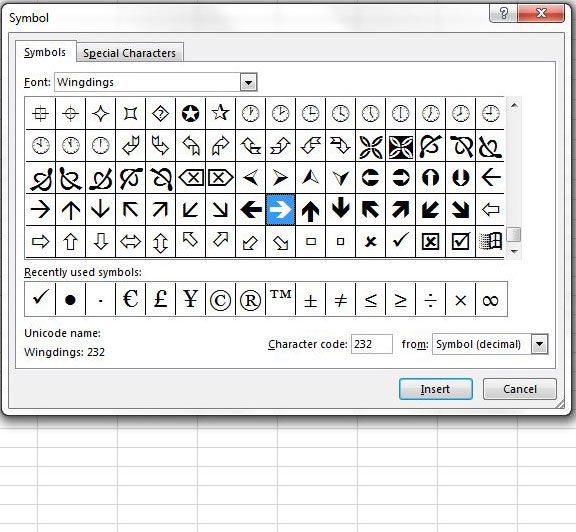 Depending on the arrow you choose, your spreadsheet should them look something like the image below. I use a lot of arrows in the screenshots included on this site, and I typically add them in Photoshop. Find out how to draw arrows in Photoshop if you have that program and a need to perform a similar action.