One symbol, however, that you may not know is available is the degree symbol. This is the symbol that you would write if you were telling someone what the temperature was. You may have resorted to typing the word “degrees” up until now, but it’s possible to use the degree symbol without installing any extra keyboards. Our tutorial below will show you how to insert a degree symbol on your iPhone.

How to Type a Degree Symbol in iOS 11

The steps in this article were performed on an iPhone 7 Plus in iOS 11.3. I am going to be adding the degree symbol to a note, but you can use this same method to add a degree symbol to any other app that uses the iPhone’s default keyboard, including Mail or Messages.

Step 1: Open an app that uses the keyboard. As mentioned above, I’m opening the Notes app. 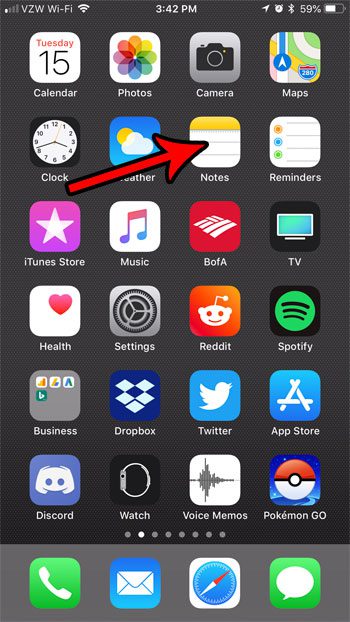 Step 2: Place the cursor at the point where you want to add the degree symbol. 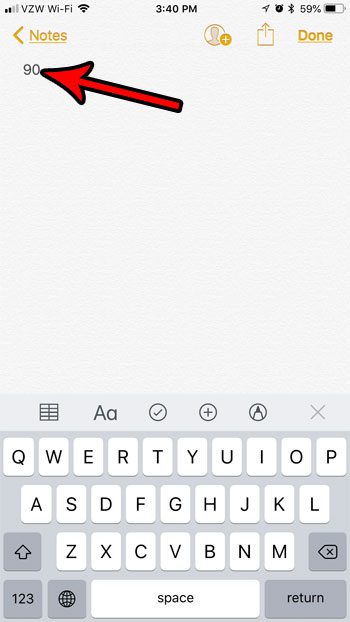 Step 3: Tap the number button at the bottom-left corner of the screen. It’s the 123 button.

Step 4: Tap and hold on the 0 button, then choose the degree symbol at the left side of the pop-up menu. 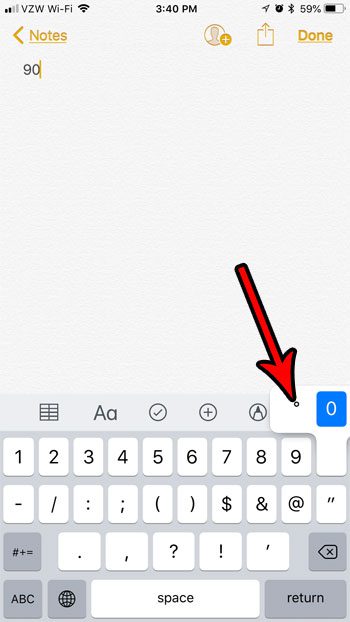 You should now see a degree symbol at the point in your text field where you previously positioned the cursor. 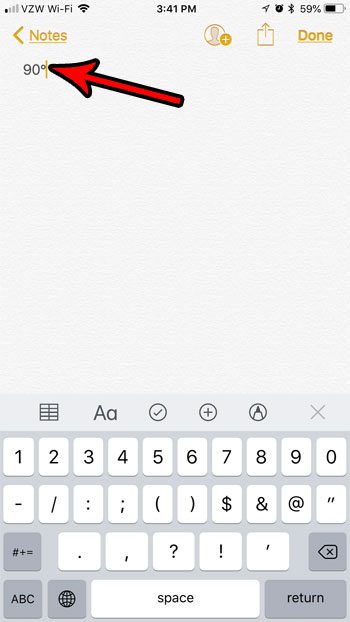 Would you like your iPhone to switch the display of the letters on the keyboard from lower to uppercase, depending on which mode you are currently typing? Find out how to show lowercase letters on your iPhone keyboard if you would prefer that cue to let you know what letter case is currently active.