You may have used formulas in Excel 2010 to find things like the sum of a range of cells, but Excel is capable of some other mathematical operations as well. For example, it can find the average of a range of cells using a formula found within the program. This can be a time saver if you had previously been finding your averages manually, or if you had been using two formulas to find the answer that you required.

The steps in this article will show you how to use the average function in Excel 2010. Averages in Excel work in a very similar way to other formulas that you might have used, such as the SUM formula that can add together values in multiple cells.

We are going to find the average of a column of 10 numbers, and we are going to enter the formula manually. While you can also insert the formula from the More Functions -> Statistical menu on the Formulas tab, I find that it is more helpful to learn the formula by typing it out yourself a few times. You can, however, see in the image below where the average function is located – 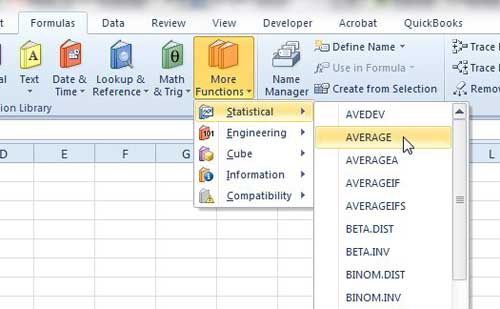 With that in mind, follow the steps below to learn how to get the average of a group of cells in Excel 2010.

Step 1: Open the spreadsheet containing the cells for which you want to find an average.

Step 2: Click inside the cell in which you want the average to be displayed. 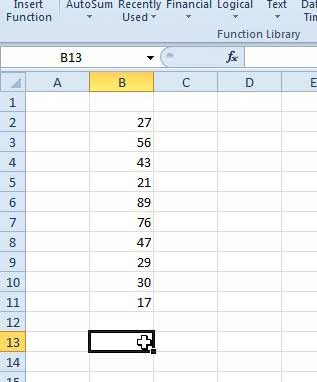 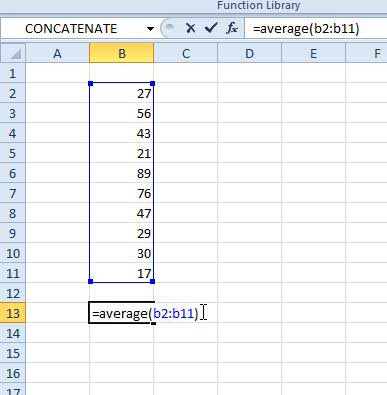 The average will then be displayed in the cell in which you entered the formula. 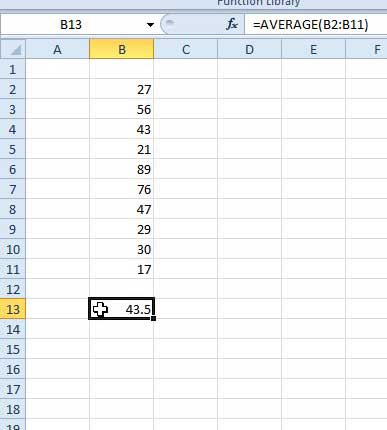 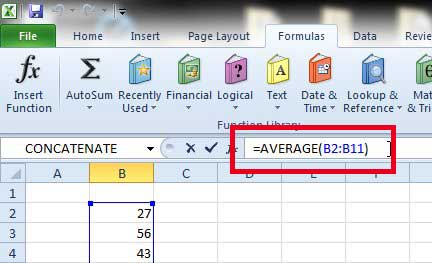 You are also not restricted to finding the average of a range of cells. You can specify individual cells by editing the formula so that it looks like =AVERAGE(XX, YY, ZZ). Note the space after each comma in the series. 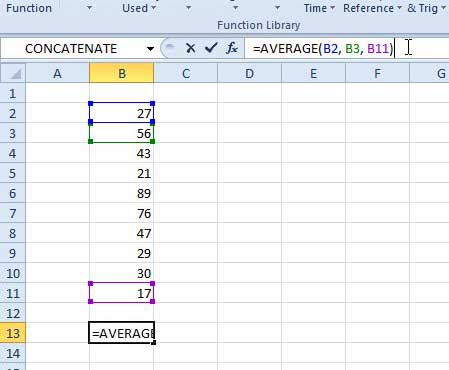 Summary – How to use the average function in Excel 2010

Looking for another helpful formula? Try out CONCATENATE if you want to combine the values from multiple cells into one cell. Read this article to learn more.