The Plex media server is a great way to watch movies that are playing from your computer. All that is required for this interaction is to have Plex installed on a computer and you can start watching movies on your Roku, iPhone, iPad and more. You can even take advantage of the AirPlay feature of your Apple TV to use that device to watch Plex movies as well.

What you will need to accomplish this interaction is an iPhone with the Plex app installed (it costs $4.99 in the iOS App Store), and an iPhone and Apple TV that are connected to the same network. Then you can simply follow the few short steps outlined in the guide below and you will be able to watch Plex movies on your Apple TV via your iPhone.

The steps in this article were performed on an iPhone 6 Plus, in iOS 8.

Note that your Plex server will need to be running, and that your iPhone and Apple TV will both need to be connected to the same Wi-Fi network.

Step 1: Open the Plex app on your iPhone. 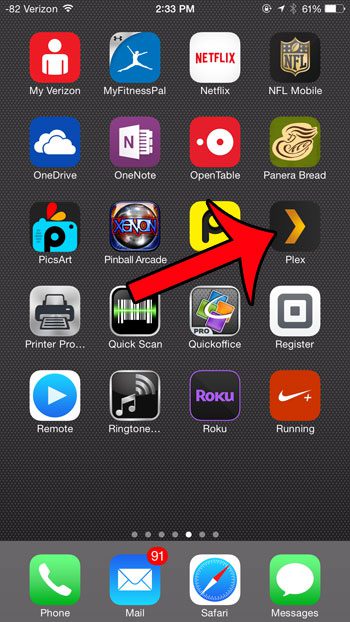 Step 2: Select the movie that you want to watch on your Apple TV so that it starts playing. 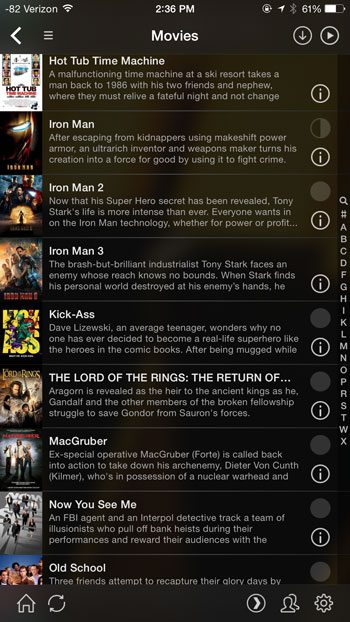 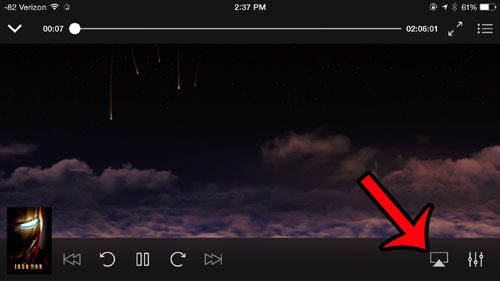 Step 4: Select the Apple TV option from the bottom of the screen. 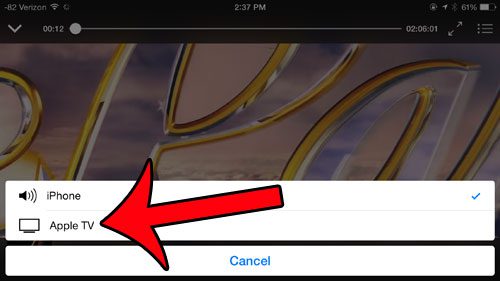 To stop playing the movie on your Apple TV, simply tap the screen again on your iPhone, touch the screen icon, then select the iPhone option.

Do you have a Spotify account that you would like to be able to use with your Apple TV? This article will show you how to use AirPlay for that as well.