One change from iOS 9 that I personally dislike is how the keyboard switches between upper and lowercase letters. I have written about turning off the lowercase keyboard on the iPhone, and the process for doing it on the iPad is fairly similar. There isn’t a rational reason why I dislike it, just something about the switching cases on the keyboard bothers me.

So if you dislike how your iPad switches letter cases based on what it thinks you are about to type, then you can follow our guide below to turn off the lowercase setting. The result will be a keyboard that always displays the uppercase versions of letters, as it did in earlier versions of iOS. These steps were performed on an iPad 2, in iOS 9.3. 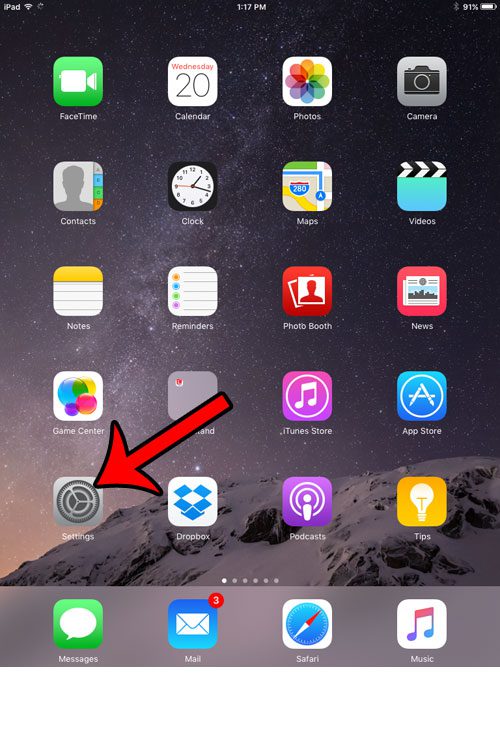 Step 2: Select General in the column at the left side of the screen. 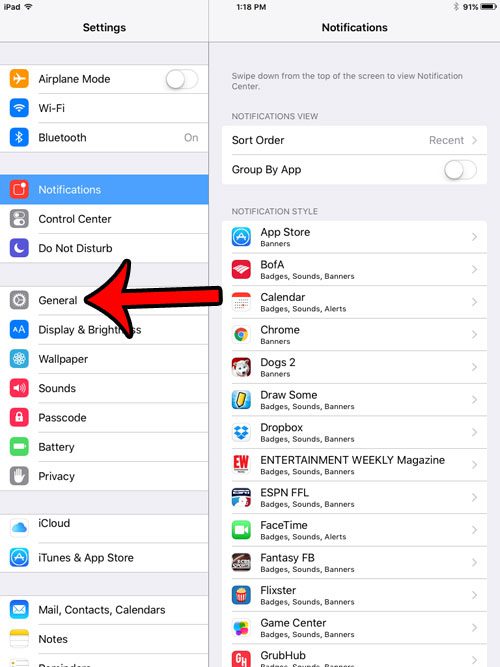 Step 3: Select Accessibility at the right side of the screen. 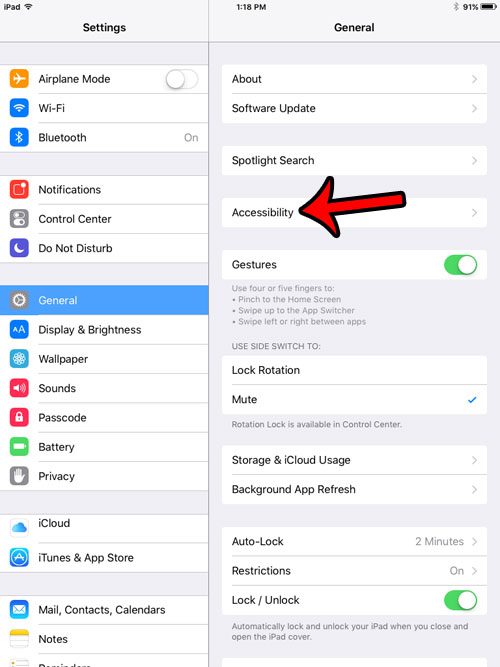 Step 4: Scroll down and tap the Keyboard button. 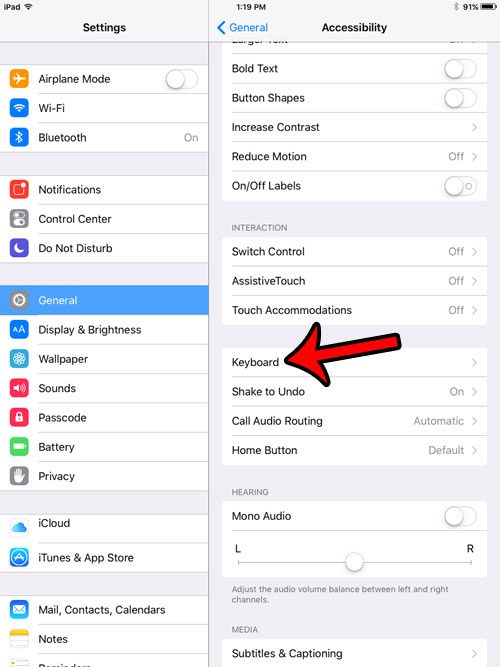 Step 5: Tap the button to the right of Show Lowercase Keys to turn it off. The setting is turned off when there is no green shading around the button. It is turned off in the picture below. 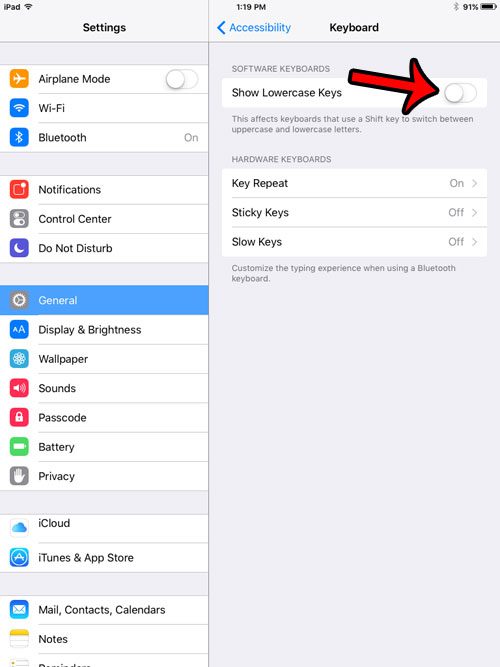 Is your iPhone forwarding calls to your iPad, and you would like it to stop doing so? Learn how to change the call forwarding options on your iPhone so that your iPad stops receiving phone calls.