It is very common to run out of storage space on an iPhone, as the device has a limited amount of storage and it is very easy to download movies, apps and music. So if you need space for something else, then one of the most common things to remove is an album that you don’t listen to very often.

It is possible to delete an entire album from your iPhone in iOS 8, and the entire process requires only a few steps. So check out our tutorial below to learn how you can start freeing up storage space by deleting music albums from your iPhone.

Deleting an Album on an iPhone in iOS 8

The steps in this article were performed on an iPhone 6 Plus, in iOS 8.1.3. Note that you will need to have at least iOS 8 on your iPhone to be able to delete an entire album using the steps below. This functionality is not available in iOS 7.

Depending upon your current device settings, you might be seeing albums that are not actually downloaded to your device. There is a setting called Show All Music which will show all of the music that you own in iTunes in your Music app, even the music that is not downloaded. If you attempt to follow the steps below and are unable to delete an album, then that is likely the reason why. You can read this article to learn how to turn off the Show All Music option. 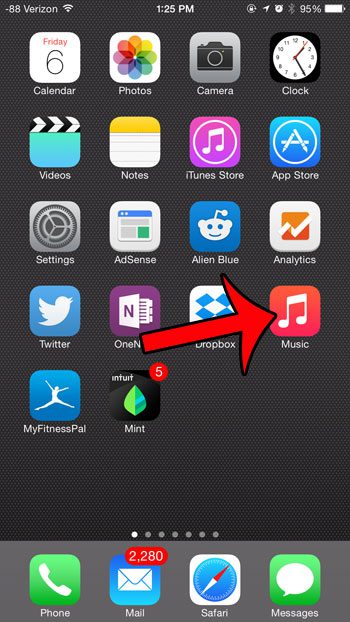 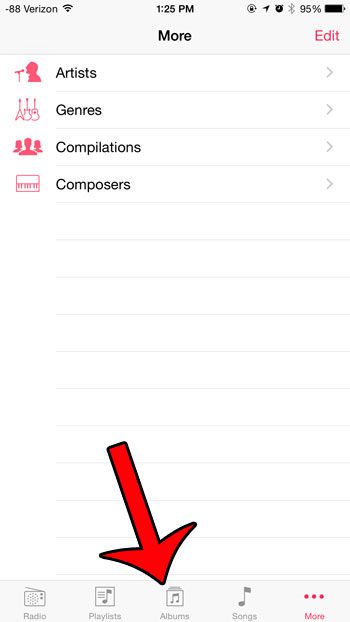 Step 3: Swipe from right to left on the album that you wish to delete. 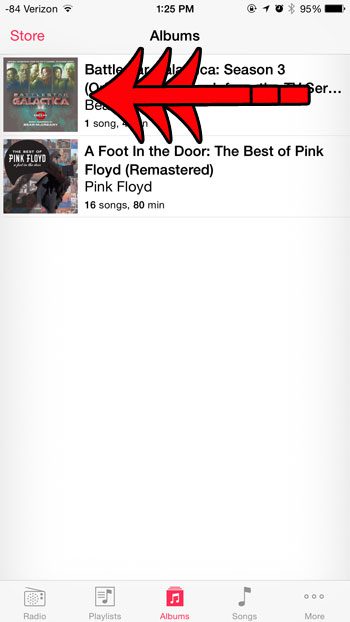 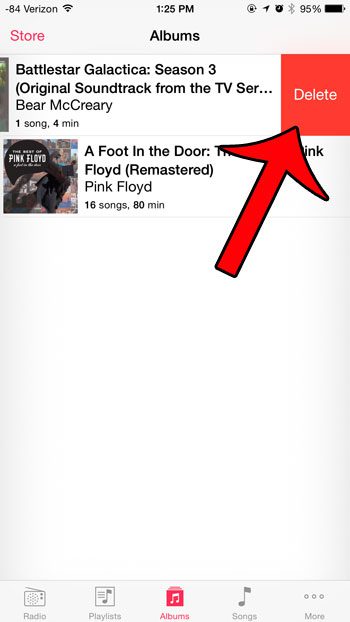 The album will now be gone from your iPhone.

Would you like to delete all of your music at once? This article will show you how.