The style of subtitles being used on your iPhone 5 can have a significant effect on how easy they are to read. With iOS 8, however, it is possible for you to change the subtitle style on the iPhone 5 to something that is easier for you to discern against the background of your videos.

There are several pre-configured subtitle styles that are available, plus you can also elect to customize your own style. So follow our guide below to learn where the subtitle customization menu is located so that you can start using a different type of subtitle for your iPhone 5 videos.

Modify Subtitle Appearance on the iPhone 5 in iOS 8

This tutorial was performed on an iPhone 5, using the iOS 8 operating system. These steps can also be performed on iOS 7. You can install the iOS 8 update by going to Settings > General > Software Update. Note that updating to iOS 8 from your device requires 4.6 GB of free space.

Changing this option on your iPhone 5 will change the subtitle setting for any app that uses subtitles. For example, this will affect subtitles in the Netflix app, as well as subtitles on videos that you have downloaded from iTunes. 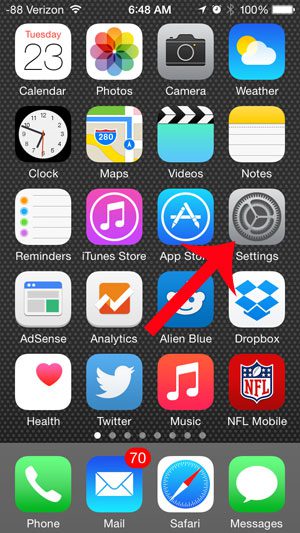 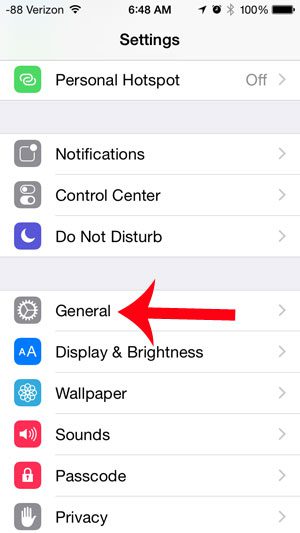 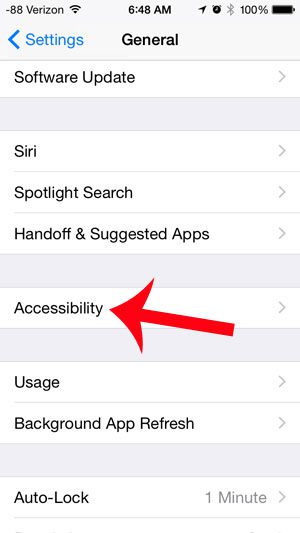 Step 4: Scroll down and select the Subtitles & Captioning option. 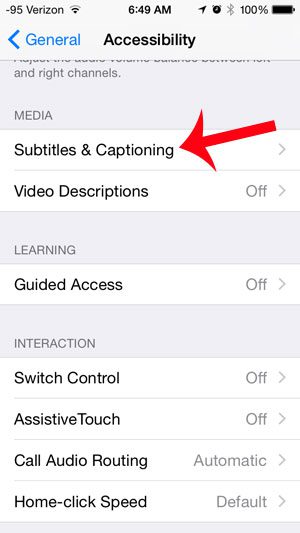 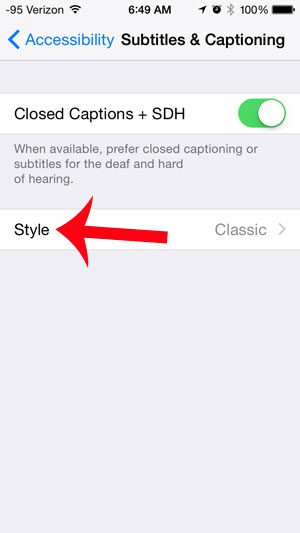 Step 6: Select or create a new style. Note that the subtitles in the preview window will change as you select a new option, allowing you to see what that subtitle style looks like. 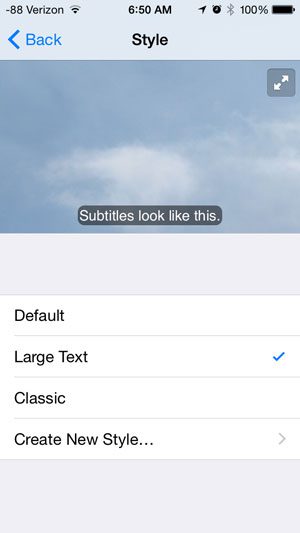 Have you been wondering what is making your battery drain so quickly? See which apps use the most battery percentage and learn what apps to stop using so frequently to increase your battery life.