The desktop on your Windows 7 computer is the first thing that you see after you log into Windows, and it is one of the locations on your computer that you probably interact with the most.

You may have spent some time selecting a background from one of the many default options available in Windows 7, but maybe you have seen a friend or colleague’s desktop background that was using a personal picture and you want to to know how to do that yourself. Fortunately it is possible to change the desktop picture in Windows 7 to a picture that you have saved to your computer by following the steps below.

Set a Picture as the Desktop Background in Windows 7

This tutorial will assume that the picture that you want to use for your desktop background is already on your computer, and that you know where it is located. If it isn’t on your computer yet, then you can either import it to your computer from a camera or another device, or you can download a picture from the Internet by right-clicking on the image, then clicking Save Picture As or Save Image As.

Step 1: Browse to the picture on your computer that you want to set as your desktop background. 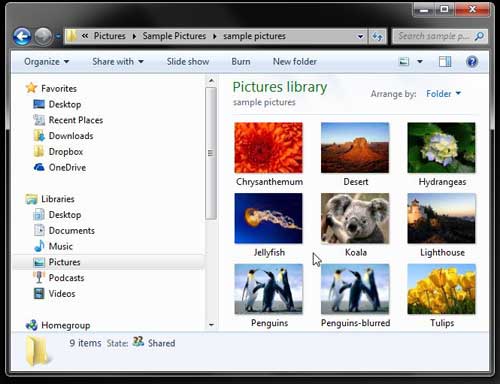 Step 2: Right-click on the picture, then click Set as desktop background. 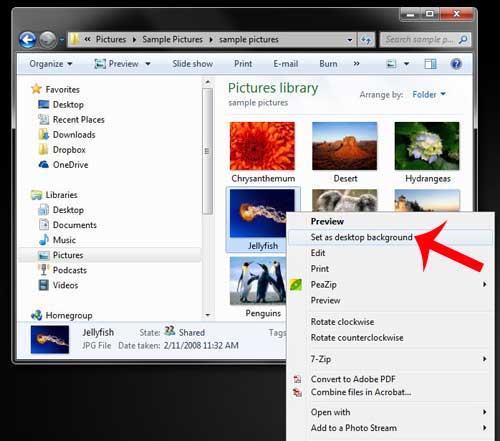 You can now navigate to your desktop and see how it looks with the picture that you just selected.

If your desktop background picture is either too small or too large, you can adjust its size. Learn how to make your desktop picture bigger or smaller so that it looks how you want it to look.