If you have switched over to the iPhone from an Android device, then you may have been accustomed to using the Swype keyboard instead of the default option. Or maybe you saw someone else using a Swype keyboard and thought that it might be a more efficient way to type. iPhone users can also install the Swype keyboard, although it needs to be purchased from the App Store.

But if you find that you prefer the standard keyboard, or that the Swype keyboard is difficult to use in some situations, then you might be wondering how you can switch from the Swype keyboard to the standard one on your device. Fortunately this is something that you can accomplish with just a few button taps, so check out our short how-to guide below.

These steps were performed on an iPhone 6, in iOS 8.1.2. These same steps will work for other iPhone models running the same version of iOS.

This article assumes that you already have the Swype keyboard installed on your device, and that it is currently the active keyboard.

Step 1: Open an app that uses the keyboard, such as Messages. 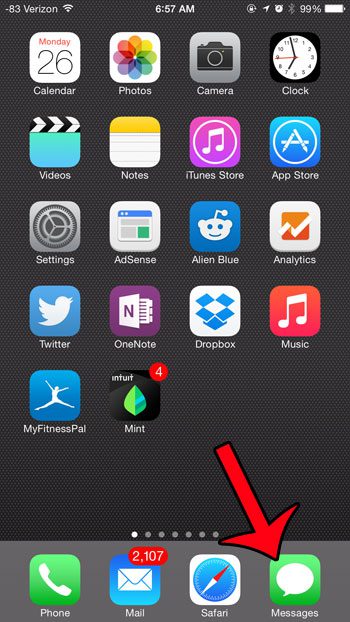 Step 2: Open an existing conversation, or create a new one, then tap inside the message field to bring up the keyboard. 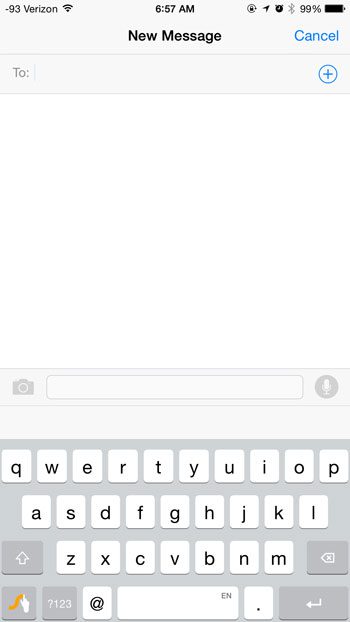 Step 3: Tap and hold the icon with the hand on it at the bottom-left corner of the screen, then select the globe icon. 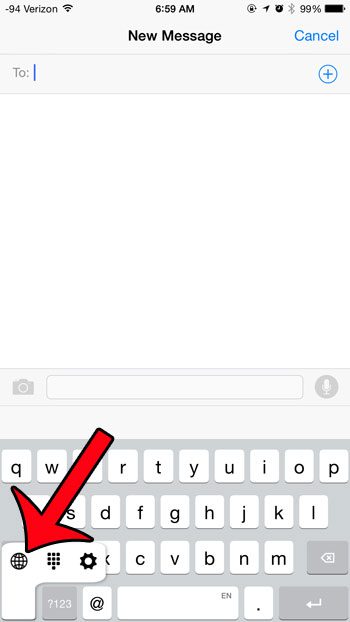 If you have a third keyboard installed on your device, such as the Emoji keyboard, then you will need to tap the globe icon one more time to return to the regular keyboard. 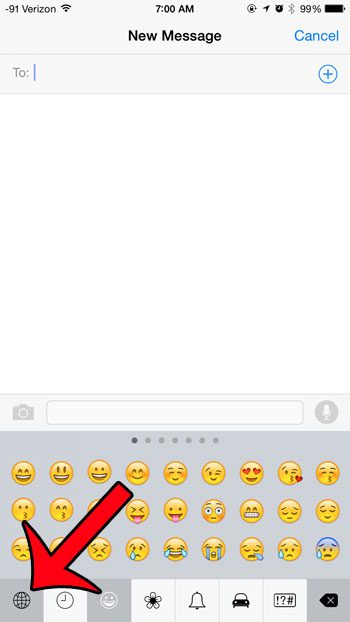 If you do not have the Emoji keyboard installed, but would like to use it, then read here to learn how to install the keyboard on your device for free.