Screen brightness is a really important factor in how well things appear on your iPhone screen. There is an auto-brightness feature in iOS 7 that the iPhone will use to accommodate for the external lighting conditions, but you might occasionally find that your screen still isn’t bright enough. Or you may inadvertently lower your screen brightness manually, and you may not realize how you did it. So if you want to make your iPhone screen brighter, follow the tutorial below.

The instructions below are going to assume that your iPhone is running iOS 7. If you have not upgraded to iOS 7, then you will not have access to the Control Center that we will be accessing in the steps below. You can read this article if you are running a version lower than iOS 7. That article deals with lowering screen brightness, but you can easily adjust it to learn how to make your screen brighter.

Step 1: Swipe up from the bottom of the screen. This is going to reveal a menu that looks like the image below. 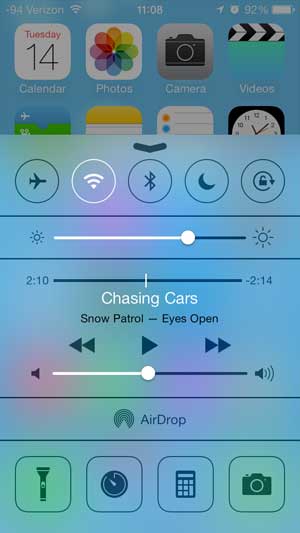 Step 2: Move the brightness slider gradually to the right until you reach your desired level of brightness. Note that the brightness level will adjust as you move the slider, allowing you to get an instant response to the adjustment. 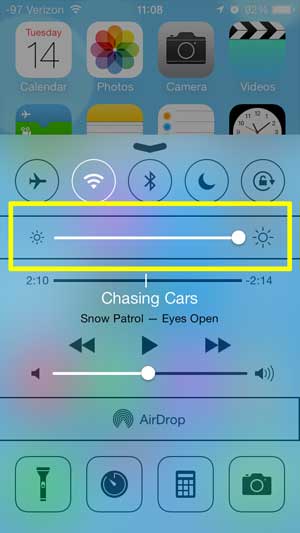 Step 3: Press the Home button at the bottom of the iPhone to close this menu.

There are some other useful tools in the Control Center. For example, you can access the iPhone flashlight, which can come in handy in a lot of situations.