We have previously written about five of the reasons that you should buy an Apple TV, but perhaps the biggest reason is AirPlay. This allows you to view content from your Mac computer or iOS device on your TV. It also allows you to mirror your iPhone 5 screen on your TV and view content from some apps on a larger screen. However, the method for activating the mirroring feature of your iPhone 5 can be a little difficult to find, so you can read below to learn the process.

It is important to note that this will work for a lot of apps, but not all of them. Content and licensing subscriptions prevent certain apps from being used in this manner. So if you find that mirroring is working for some apps and not for others, then it is probably due to these restrictions.

Once you have these criteria in place, continue reading below to learn how to watch your iPhone 5 screen on your television.

Step 1: Double-tap the Home button at the bottom of your iPhone 5. This will bring up a screen that looks something like the image below. 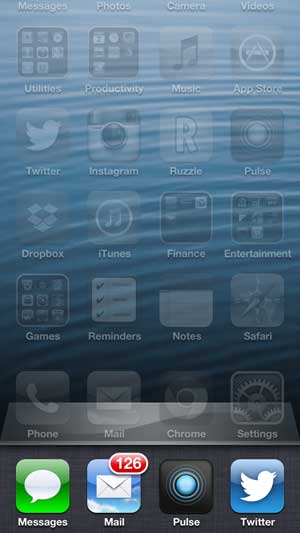 Step 2: Swipe your finger to the right twice to reveal this screen.

Step 3: Tap the AirPlay button (it’s boxed in yellow below). 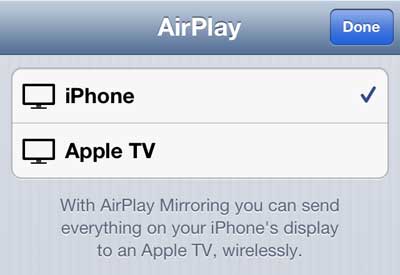 Step 5: Move the Mirroring slider to the On position. After a few seconds you will see your iPhone 5 screen on your TV. 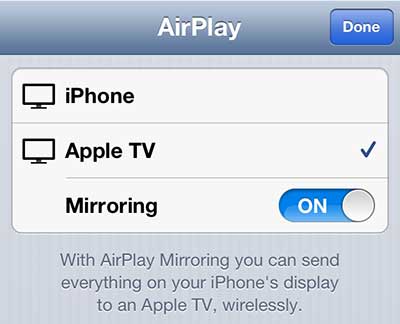 If this process is not working, then you should check to make sure that the AirPlay feature is enabled on your Apple TV.

You can also use the AirPlay mirroring feature on an iPad. If you’ve been thinking about buying an iPad, you should check out a few of the models available at Amazon by clicking any of the links below.