The FaceTime video calling capability of your iPhone is a great way to have a video chat with someone else. The addition of video to a phone call can serve a number of different purposes, and is a great way to see someone that you may not be able to see in person very often.

The iOS 11 update added a new feature to FaceTime where other people are able to take Live Photos of someone during a call. But if you would prefer that they not have this option, then you can change a FaceTime setting so that they are unable to take a Live Photo.

The steps in this article were performed on an iPhone 7 Plus in iOS 11.2.2. Changing this setting will adjust a setting in FaceTime so that others are unable to take Live Photos of you while you are on a FaceTime call. If you would like to help others to prevent people from taking pictures of them while on a FaceTime call, then they will need to change this setting on their devices as well. 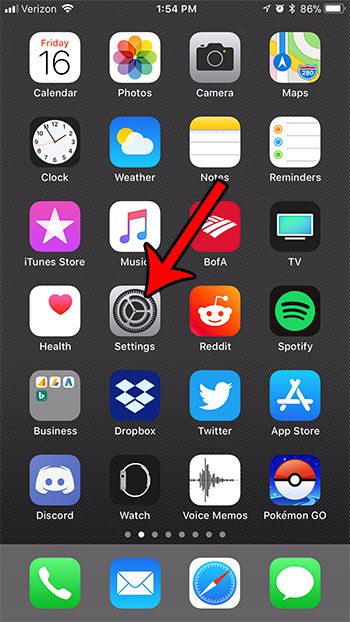 Step 2: Scroll down and choose the FaceTime option. 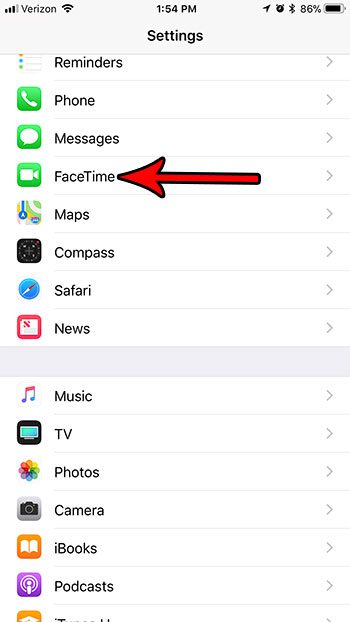 Step 3: Scroll to the bottom of the menu and tap the button to the right of FaceTime LIve Photos to turn it off. 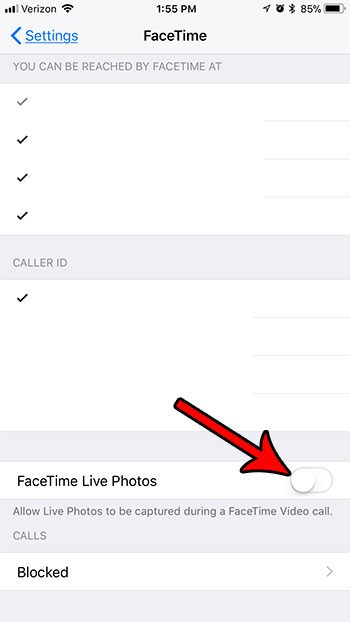 When that button is in the left position and does not have green shading around it, other people will not be able to take Live Photos of you over FaceTime.

iOS 11 brings many new features to your iPhone, including an ability to record videos of your screen. Find out how to enable and use the screen recorder on an iPhone if you would like to be able to create these sort of videos from your device.