The Camera app on your iPhone includes a zoom feature that lets you take pictures of objects that are far away. You may have even used it in the past to try and get a better look at something that is difficult to see with the naked eye.

But your iPhone also has a magnifier feature that works in a similar way, and there is a dedicated way to open it. One of those ways involves enabling the Magnifier feature from the Accessibility menu, but you can also use it by putting a shortcut on your Control Center. Our tutorial below will show you how to do this and make the magnifier feature easy to access.

How to Put a Magnifier Shortcut on the iPhone Control Center

The steps in this article were performed on an iPhone 7 Plus in iOS 11.4. Once you have completed these steps you will have a shortcut in your Control Center that, when pressed, will open the Magnifier tool. 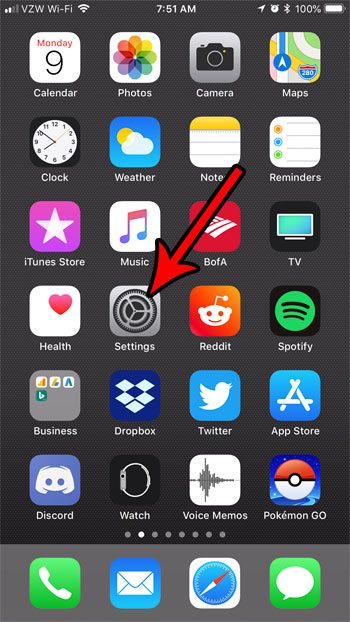 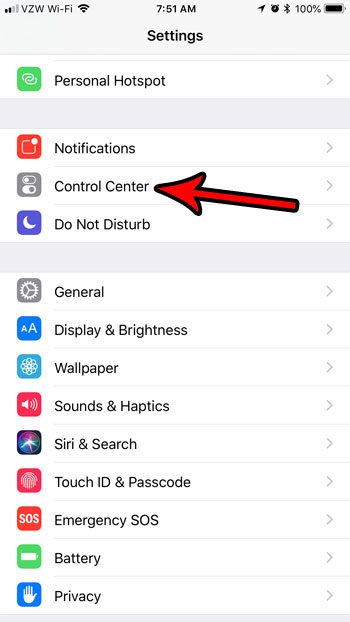 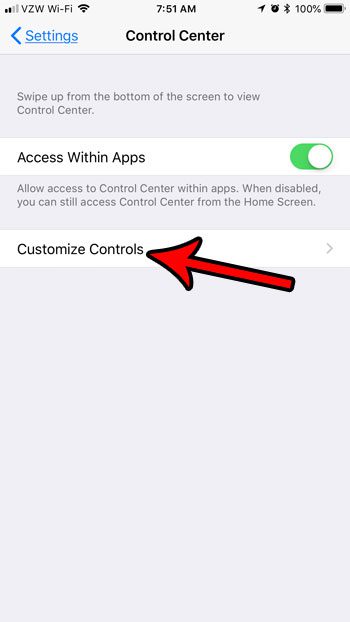 Step 4: Tap the green + symbol to the left of the Magnifier option under More Controls. 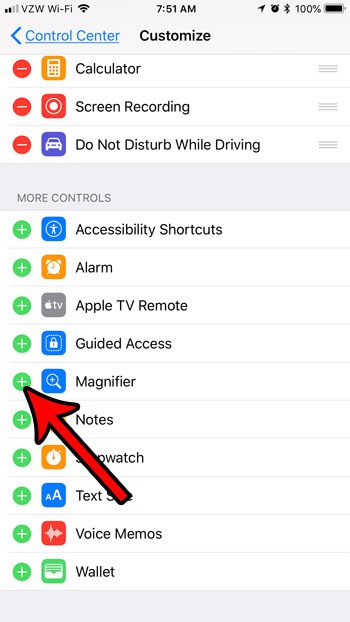 You will then be able to access this shortcut by swiping up from the bottom of your screen to open the Control Center.

You can then drag the slider at the bottom of the screen to increase or decrease the level of magnification.

This new ability to customize the options on the Control Center offers a helpful new utility that lets you record your iPhone screen. Find out more about screen recording on the iPhone 7 if that is something that you may wish to use.