When you first get an iPhone, or when you decide that you want to start downloading apps, it can be difficult to figure out which apps you should download. Most popular companies and online services have their own dedicated iPhone apps, some of which cost money, and some of which are free.

This article will focus on helping you find the most popular free apps in Apple’s App Store. Our guide below will point you directly to a chart that lists these top apps in consecutive order, and you can download any of them directly to your iPhone for free.

Where Do I Find Good Free iPhone Apps

The steps in this article were written using an iPhone 5 with the iOS 8 operating system, but the steps are nearly identical for earlier versions of iOS as well.

While all of these apps are free, some will offer in-app purchases, especially the games. Others, such as Netflix, will also require you to have an existing paid subscription in order for the app to be as useful as possible.

You will need to be signed into your iPhone with an Apple ID in order to download any apps from the App Store. 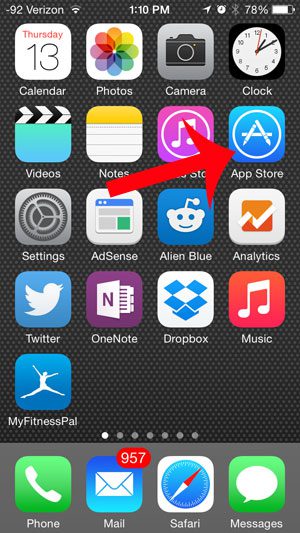 Step 2: Touch the Top Charts option at the bottom of the screen. 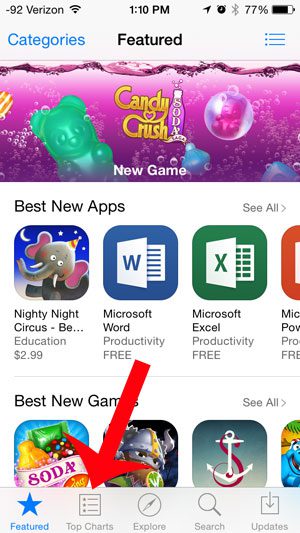 Step 3: select the Free option at the top of the screen. 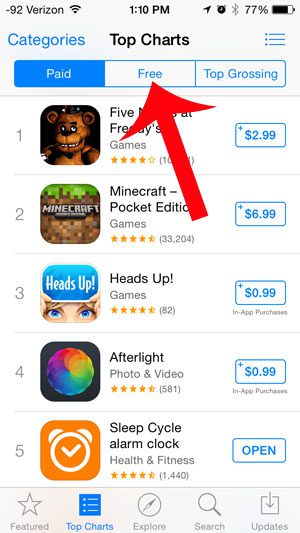 You will now see a list of the most popular free apps in the entire App Store. Simply touch the Free button to the right of any app in order to download it to your device. 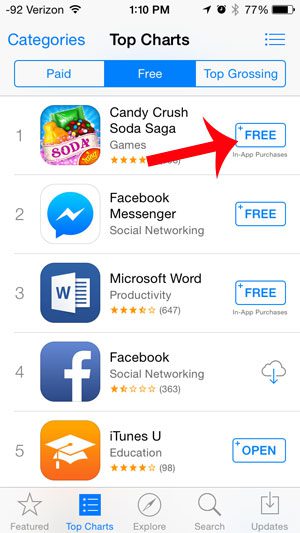 Is your iPhone telling you that you do not have enough free space to download an app to your device? This article will show you how to delete items from your device.