iPhones are used in different countries all over the world, so it was important that they have options that allow people to switch settings based upon their physical location or personal preference. Many of these options are selected automatically during the initial setup of the device, but they can be changed through the Settings menu on the device if needed.

One regional setting is the unit of measurement for distances that is used by the Maps app on your device. But if you are traveling in a foreign country, or if you simply prefer an option other than the one that is currently selected, you can choose to use miles or kilometers when you are using the app. It is a simple adjustment to make, and you can learn how to do so with our tutorial below.

Adjusting the Unit of Distance in the iPhone Maps App

This setting will only affect the default Apple Maps app. It will not change the unit of measure being used for other map apps, such as Google Maps. 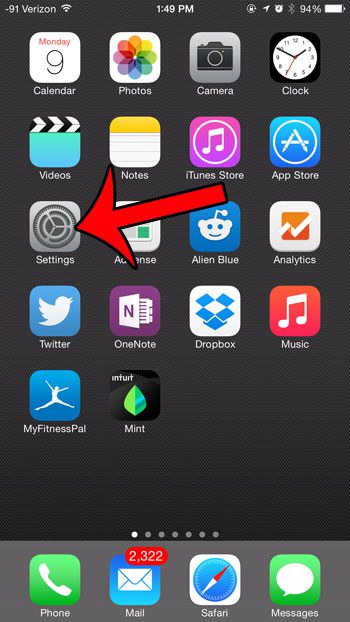 Step 2: Scroll down and select the Maps option. 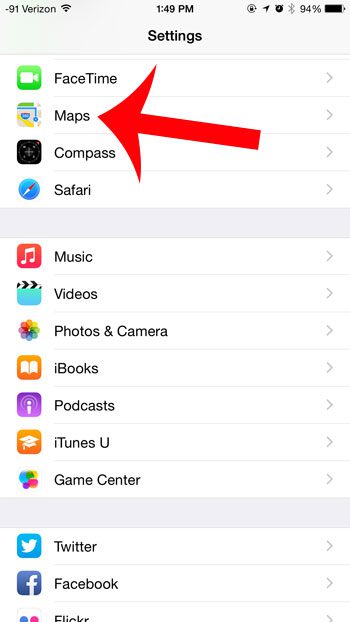 Step 3: Tap the button to the right of the unit of measure that you want to use under the Distances section. The option that will be used is the one with the blue check mark to the right of it. 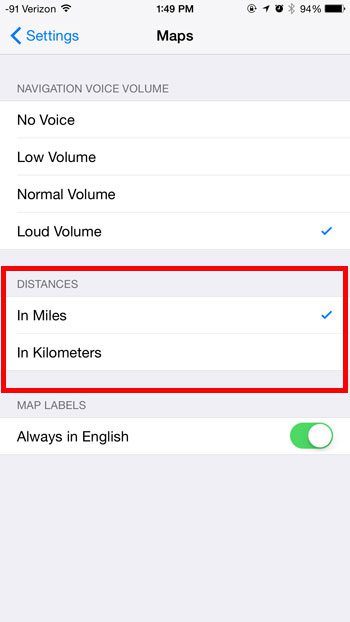 Are you having difficulty with the default Maps app on your iPhone? Learn how to get Google Maps on your iPhone if you prefer to use their map app instead.