Once you have your new iPhone in hand and you are learning how to use it, one of the first things you may want to do is record a voicemail greeting. You have the option of using a default one that tells the person what number they have called, but you may elect for a more personal option.

The tutorial performed below was done on an iPhone 5 that is using the iOS 7 version of the operating system. Your screens may look different if you are using a different version.

This tutorial is going to show you how to record a voicemail greeting that you choose. It is a good idea to either write out or think about exactly what you are going to say before you record the message. You will then have the opportunity to play the greeting back before you set it for any incoming calls that go to voicemail. 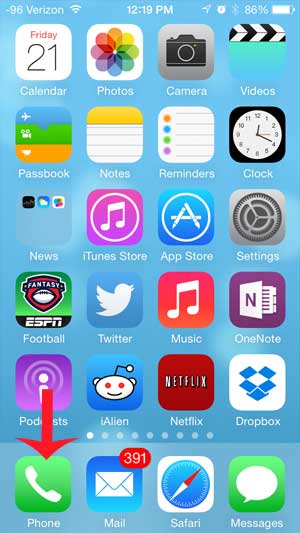 Step 2: Touch the Voicemail option at the bottom of the screen. 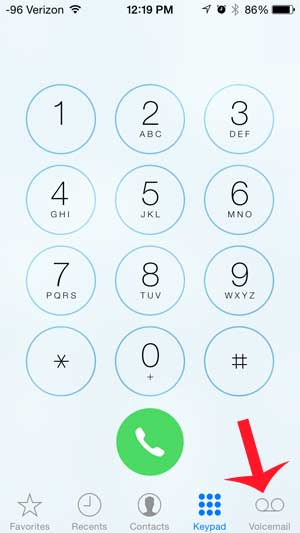 Step 3: Touch the Greeting button at the top-left corner of the screen. 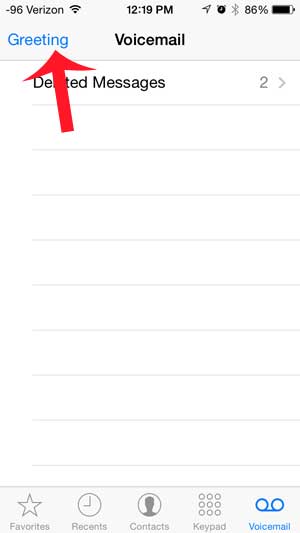 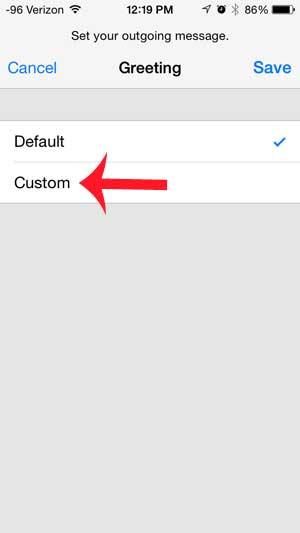 Step 5: Touch the Record option, then speak your greeting. 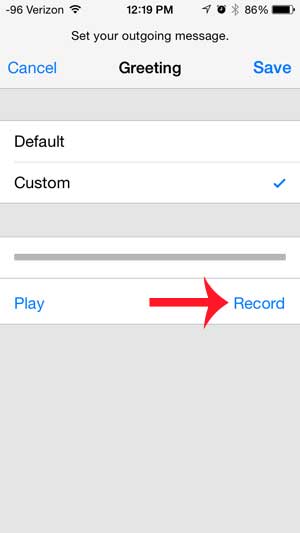 Step 6: Touch the Stop button when you have finished speaking. 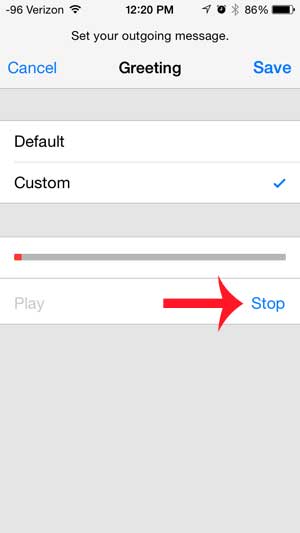 Step 7: Touch the Play button to hear the recording. If you are happy with it, you can touch the Save button at the top-right of the screen. Otherwise you can hit the Record button to record a new message. 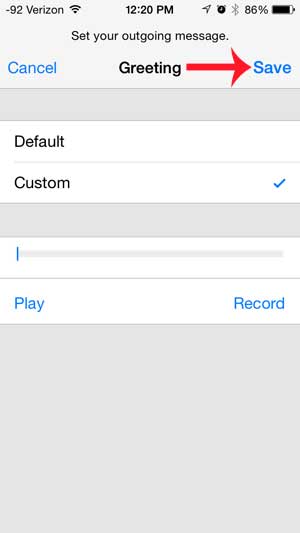