Your iPhone has a lot in common with a computer. It can edit documents, install new programs, share files, browse the Internet, and perform numerous other functions that let you get work done and keep yourself entertained. Like a computer, the iPhone needs a framework that enables you to use all of these features. This is called an operating system. If you have a PC at home or work, then it is likely running some version of Windows. Windows XP, Vista, 7, 8 or 10 is the operating system for the computer, where iOS is the operating system for your iPhone.

Different versions of iOS have different sets of features, and the method for changing something in one iOS version might be different than that method in a different iOS version. If you are trying to troubleshoot an issue and a technician asks you for your iOS version, then you can follow the steps below to see how you can find it.

How to View the iOS Version on Your iPhone

The steps in this guide were performed on an iPhone 7 Plus, in iOS 10. These steps are very similar for other iPhone models running other versions of iOS as well. 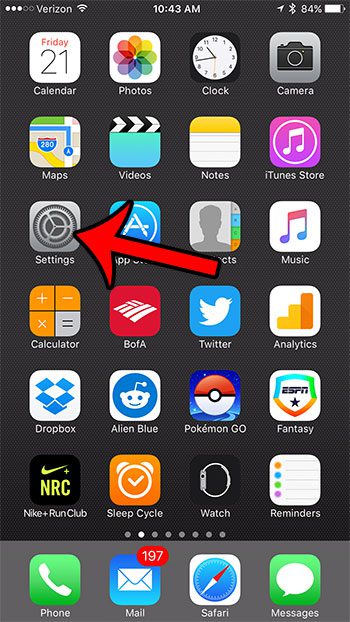 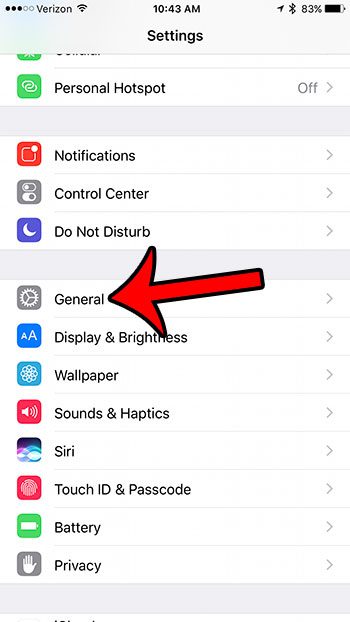 Step 3: Tap the About button at the top of the screen. 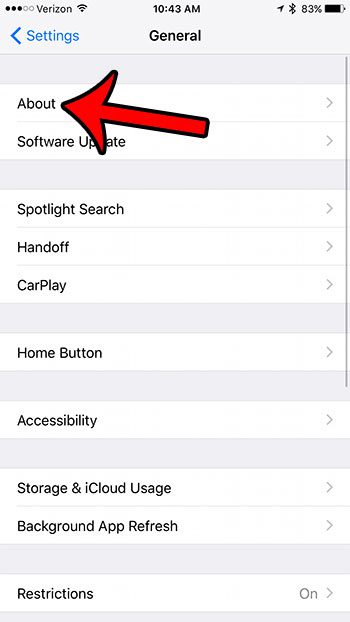 Step 4: Locate Version in the left column of the table. Your current iOS version is shown to the right of that. In the image below, the iPhone is using iOS 10.0.3. 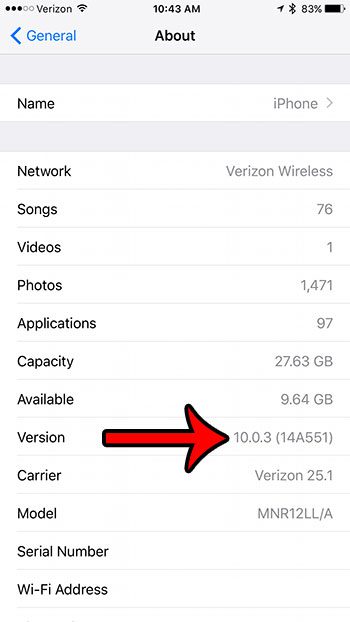 One of the biggest issues that any iPhone user faces is a battery life that doesn’t seem to last long enough. Click here to learn more about low power mode, and see why your battery might sometimes be yellow.