Whenever you connect and install a new printer on your computer, you need a driver in order to print documents to the printer. However, depending upon how you choose to remove an old printer from your computer, you might not actually delete the print driver when you get rid of the printer. If you ever hook the old printer back up to your computer, then the installation will probably go much quicker as the old driver is called back into action. But if you inadvertently install the wrong driver for a printer it can be very difficult to get that printer to install correctly while the wrong driver still exists. That is why it is a good idea to learn how to see all of the printer drivers currently installed on your Windows 7 computer, because it can help you to troubleshoot problems that occur during a printer installation.

If you have been using the same computer for a while, particularly a laptop computer, then you might have had it connected to more printers than you think. Any time that you have had to print something at a hotel, a friend’s house or a client’s office, you might have installed a new print driver. Viewing the installed drivers can help you to get an idea why a printer that you are currently trying to install might be giving your problems. If you want to uninstall old print drivers, you can follow the directions found in this article.

Step 1: Click the Start button at the bottom-left corner of the window, then click Devices and Printers. 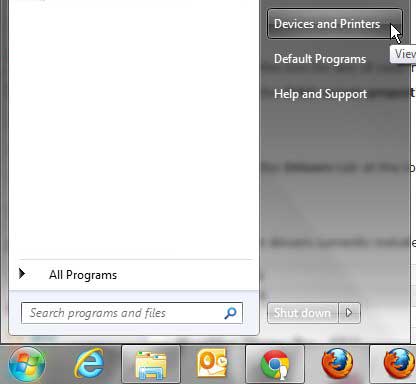 Step 2: Click the icon for any of your installed printers one time so that it is highlighted.

Step 3: Click the Print server properties button in the horizontal blue bar at the top of the window. Step 4: Click the Drivers tab at the top of the window. 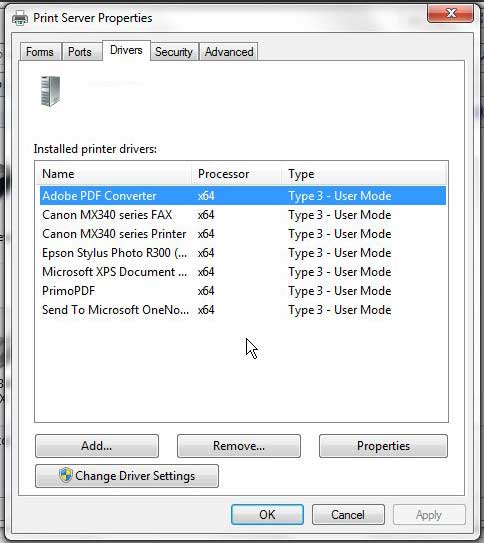 All of the print drivers currently installed on your computer will be listed in the section at the center of the window.