When you create a new text box in your Microsoft Excel 2010 worksheet, it will have a border. Typically this border is dark grey, and serves to identify the separation between where the text box ends, and the worksheet begins. But if you are using a text box in a manner that requires it to look like part of the worksheet, then this border can be problematic.

Fortunately the text boxes that you create in Excel 2010 can be modified in a number of different ways, and one of the modification options is the ability to change the color of the border, or even remove it entirely. Our tutorial below will show you the menu where you can remove the border from your Excel text box.

The steps in this article will assume that you already have a text box in your worksheet, and that you want to remove an existing border from that text box.

Step 2: Click anywhere inside the text box to make it the active window. Step 3: Click the Format tab at the top of the window, under Drawing Tools. 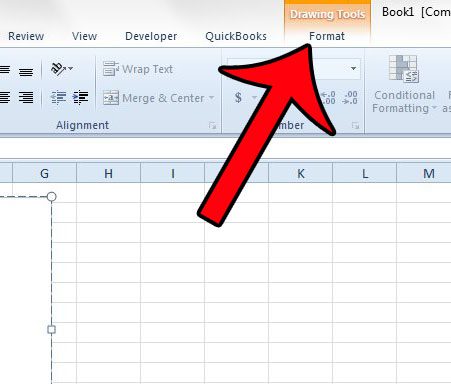 Step 4: Click the Shape Outline button in the Shape Styles section of the Office ribbon, then click the No Outline option. Your text box will now be a simple box with no border color. Note that you can use this same menu if you wish to change the color of the border surrounding the text box. 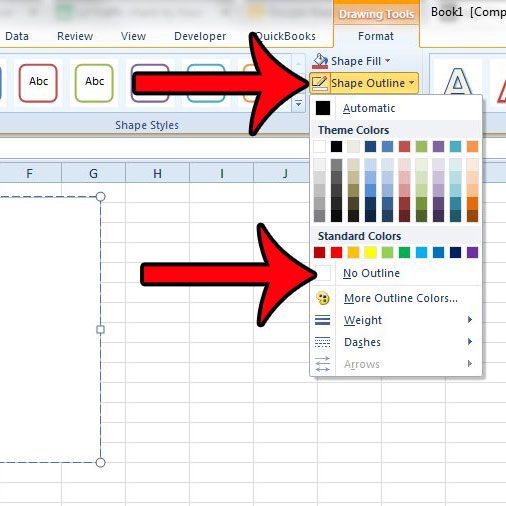 Make sure to save your worksheet after making these changes so that the text box will still look this way the next time you open the file.