As more and more people move toward using their cell phone as their primary phone number, some of the problems that arose with landline phones are starting to arise as problems for cell phone owners. One of these issues is telemarketers and other undesirables getting their hands on your phone number. Constant unwanted calls to your iPhone 5 can be annoying, but there is a way to deal with them in iOS 8.

Our tutorial below will show you how to block a phone number through your Recent Calls list. This means that you will not need to create a contact for a number that you want to block, but can simply block them through your call history so that anytime they call you in the future, you will not receive or notice the call.

The steps in this article were performed on an iPhone 5, in iOS 8. This feature was introduced in iOS 7, and the steps for that operating system are identical to the ones below. Versions of iOS prior to iOS 7 did not have this option. You can read here to learn how to update to a new operating system. 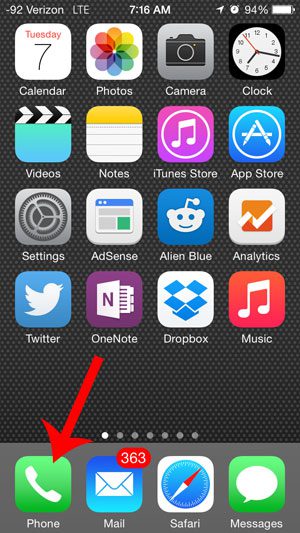 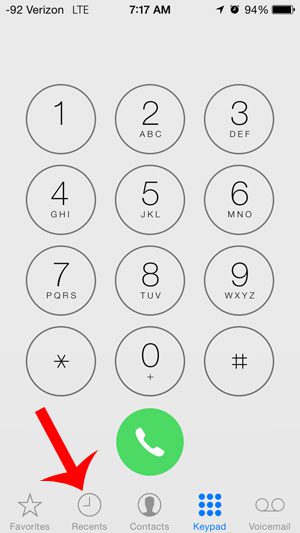 Step 3: Locate the number that you want to block, then press the “i” icon to the right of it. 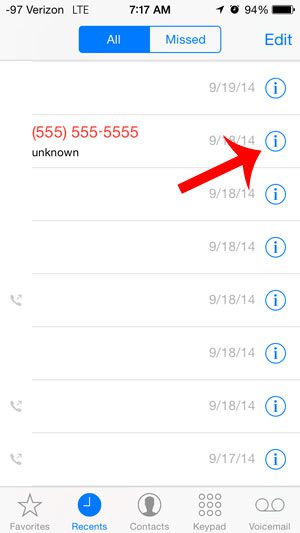 Step 4: Scroll to the bottom of the screen, then touch the Block this Caller option. 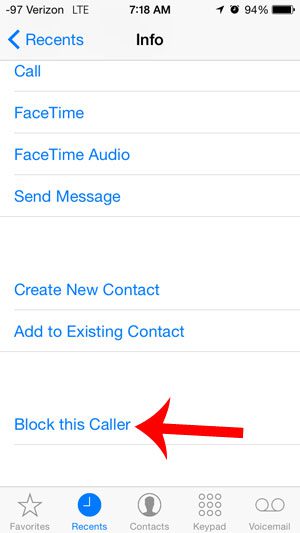 Step 5: Touch the Block Contact button to confirm that you want to block this number. 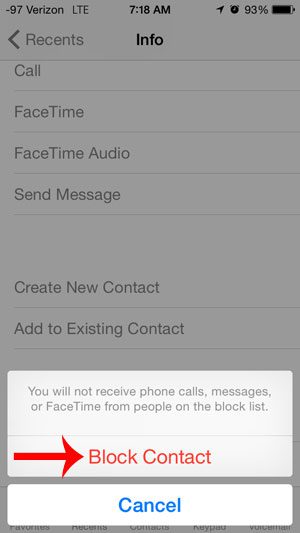 If you accidentally block the wrong number, or decide later that you want to unblock someone that you have blocked, this article will show you how.