An eye-catching table can help to break up a wall of text in a Microsoft Word 2013 document. There are several ways to adjust the appearance of your table, but one of the more dramatic changes can be achieved by adding space between your table cells.

The steps in this article will modify the amount of space that is shown between the cells of your table. By default there is usually not any space between cells, so modifying this setting will drastically change the appearance of the table. You will also have the ability to specify the amount of space between cells, so you can choose to make the space as small or large as needed.

Step 1: Open the document containing the table to which you want to add cell spacing.

Step 2: Click inside one of the cells in the table to bring up the Table Tools menu. 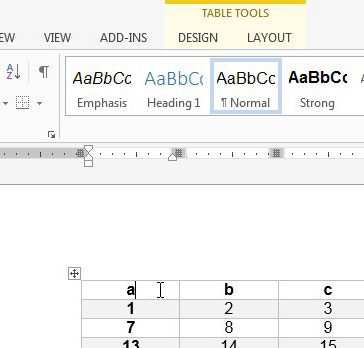 Step 3: Click the Layout tab under Table Tools at the top of the window.

Step 4: Click the Cell Margins button in the Alignment section of the navigational ribbon. 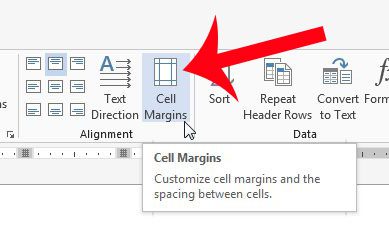 Does your document have a footer that contains incorrect or unnecessary information? Learn how to edit a footer in Word 2013 and correct the problem.