Check the iOS Version on Your iPad

The instructions below are being performed on an iPad that is running the iOS 7 version of the software. The instructions are identical in regardless of whether you have iOS 6 or iOS 7, but the styling of the screens in the images may look slightly different. 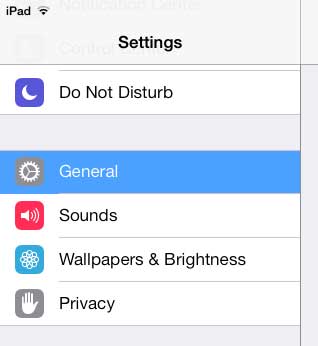 Step 3: Touch the About option at the top of the screen.

Step 4: Look for the Version value listed at the right side of the screen. The fist digit in this series of numbers indicates your version of iOS. In the image below, for example, the first digit is a 7, which indicates that I am using iOS 7 on this iPad. 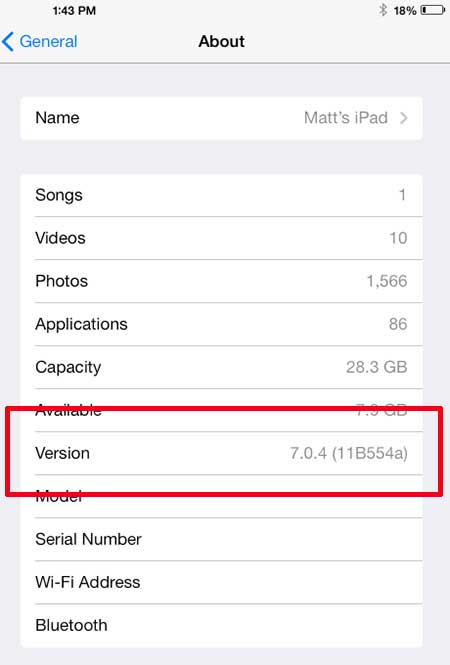 You can follow a similar set of steps to find the iOS version on your iPhone as well.