Smartphones are vulnerable to malware and other harmful attacks that can cause problems for computer owners, and often these attacks come from apps that you install. Whether those apps were installed through the Play Store or through other means, it’s a good idea to scan your device periodically for any activity or apps that are known to be problematic.

Fortunately the Play Store has a feature called Play protect that can give you a level of defense against these potential threats. Typically this setting is turned on by default, but you might want to check it to ensure that it wasn’t disabled as part of a troubleshooting measure, or simply via an accident. Our guide below will show you where to find the Play protect setting so that you can ensure that it is enabled on your device.

How to Turn On the Play Store Harmful App Scanner

The steps in this article were performed on a Samsung Galaxy On5 in the Android Marshmallow operating system. Play protect is a part of the Play Store that regularly checks your app and device for harmful behavior, then lets you know if it finds anything. 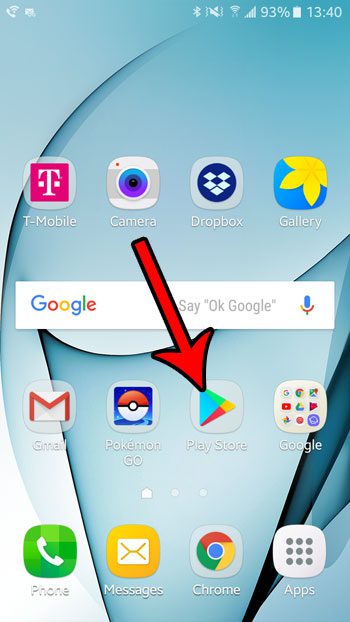 Step 2: Touch the button with three horizontal lines at the left side of the search bar. 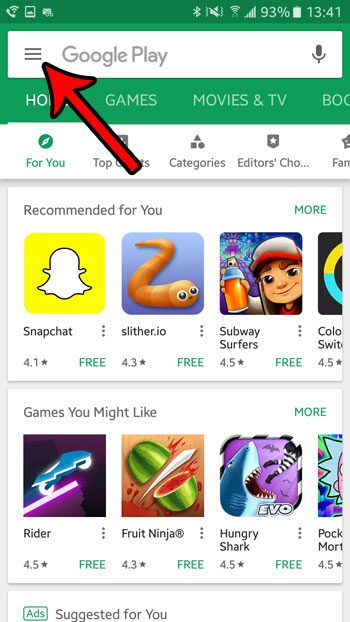 Step 3: Scroll down and select the Play Protect option. 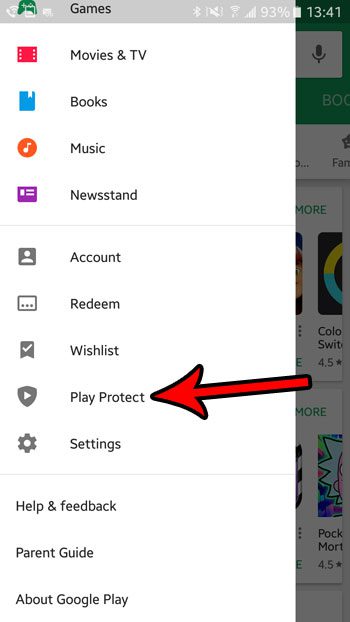 Step 4: Tap the button to the right of Scan device for security threats to turn it on. 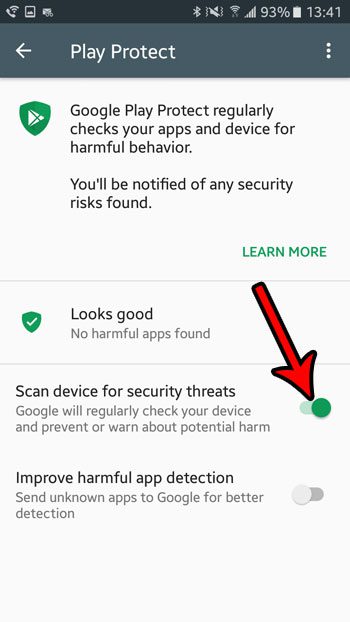 Is your phone installing app updates over a cellular network, which is causing you to use a lot of data? Learn how to disable this behavior so that your apps only update when you are connected to Wi-Fi.