If you have a text box in an Excel spreadsheet that you need to delete, then you might be wondering how that is possible. There is a Drawing Tools tab that appears at the top of the window when you are editing your text box, but there isn’t an option on that menu that lets you delete the text box.

Fortunately it is possible to get rid of a text box in Excel that you don’t need any more, though the process is slightly different than how you would traditionally remove objects or data from a spreadsheet. Our guide below will show you how.

The steps in this article were performed in Microsoft Excel 2013, but will also work in Excel 2010 and Excel 2016. The result of completing these steps is that a text box that had previously been in your spreadsheet will now be gone completely.

Step 2: Click the border of the text box to select it. Note that you can’t click inside the text box for this to work. The box itself needs to be selected. 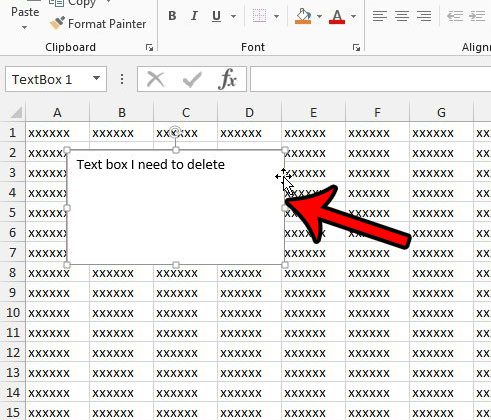 Step 3: Press the Delete or Backspace key on your keyboard to delete the text box from your spreadsheet. 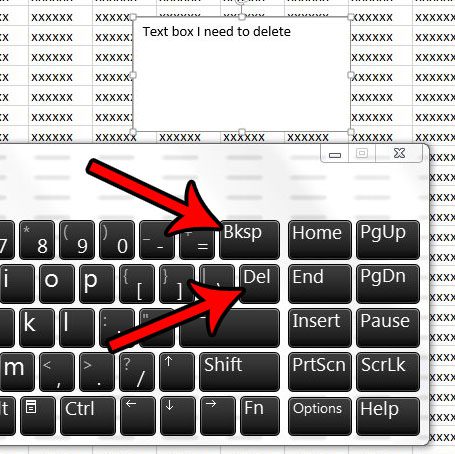 Is there an entire row of cells in your spreadsheet that you don’t need anymore, and you would like to get rid of them? Learn how to delete a row in Excel 2013 for a quick and easy way to eliminate a lot of cells at once.