Your iPhone 4 or 4S is an expensive and incredibly useful device. It’s also rather fragile, and susceptible to breaks or cracks if it gets dropped. These reasons serve to highlight the importance of getting a case that will protect your phone, like the Otterbox Commuter from LoveCases.co.uk.

The Otterbox Commuter is a great-looking, sturdy case that will protect your phone without making it too bulky or making the phone look bad. And Otterbox is one of the top iPhone case makers on the planet, so you can rest comfortably knowing that they have done everything they can to design the perfect case for your device.

The Otterbox Commuter arrived to me in this packaging – 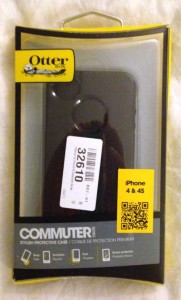 The contents of this packaging are shown below – 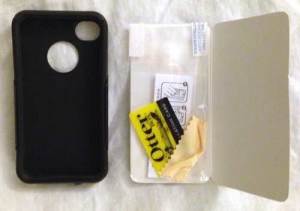 As you can see from the image above, you receive the case, some instructions on how to put it on your iPhone, a clear protective film for your screen, and a small cloth to wipe off the device before installing the case. The cloth is a helpful addition if you already had a case, as there will certainly be some dust and dirt around the phone.

Are you looking for a hard case for your iPhone 4S, but you aren’t sure which one to get? Check out LoveCases.co.uk to find your iPhone 4S case.

The case itself is actually two parts. There is a thin silicons sleeve that you put on your phone first, then you insert the combined phone and sleeve into the hard plastic outer shell. The silicone sleeve serves to provide additional protection to the corners of your phone, which are actually the areas that are most susceptible to damage. 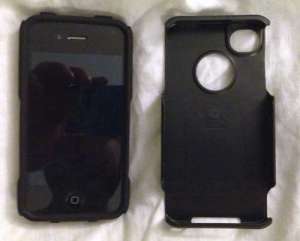 As mentioned earlier, this is a very well-designed case. All of the buttons and ports are easily accessible, and there is even a rubber flap that goes over the headphone jack to prevent dirt from getting inside of it when it’s not being used. There is also an opening on the back of the phone so that the Apple logo can still be seen. Check out the images below to see how the case looks when it is installed on the phone. 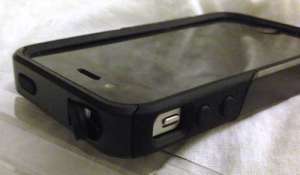 The Commuter is one of the most protective cases I have ever seen or used. Your phone just looks and feels secure inside of this case, and it doesn’t make it too bulky, which was one of my biggest concerns. The actual size increase from adding the case is minimal, but your phone will feel like it can easily withstand a fall from a high distance. Plus, as you can see from the images above, part of the case extends above the screen, which will protect it if it should land screen-first.

This is a terrific case that does everything that you would want. It will adequately protect the phone in the event of a drop, it is easy to install and remove, and it looks good. Otterbox has earned their reputation designing some of the best-reviewed cases on the market, and this Otterbox Commuter case from LoveCases.uk is certainly no exception.

You can purchase the Otterbox Commuter at LoveCases here.