The flashlight utility that it is accessible from the Control Center when you swipe up from the bottom of your screen is something that I use more often than I would have thought. But if you find that you don’t have a need for the flashlight, and that you only ever turn it on by accident, then you might be looking for a way to get rid of it.

Fortunately the iOS 11 update gives you more control over the layout of the Control Center, and one of the things that you can do is remove the flashlight. Our tutorial below will show you how to take it off of your iPhone’s Control Center, which is a method that you can also use to remove some other unwanted elements from there as well.

The steps in this article were performed on an iPhone 7 Plus in iOS 11.2.2. Note that you will need to have updated to at least iOS 11 to be able to take advantage of this feature. You are not able to customize the Control Center in this manner without the iOS 11 update. Removing the flashlight from the Control center in this manner will prevent you from being able to use the flashlight at all until you add it back to the Control Center. 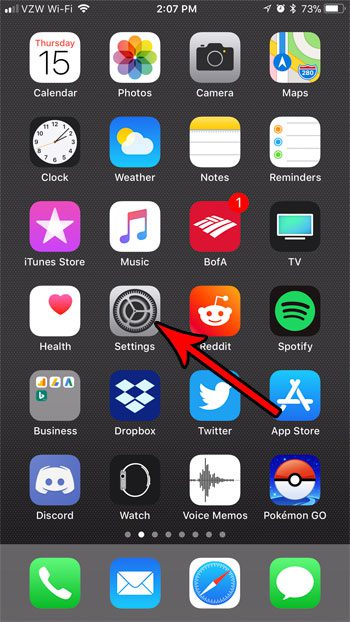 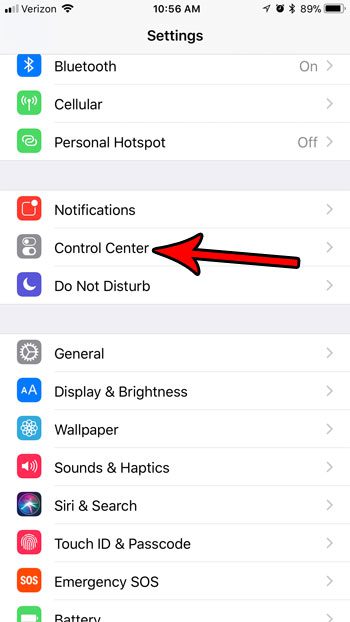 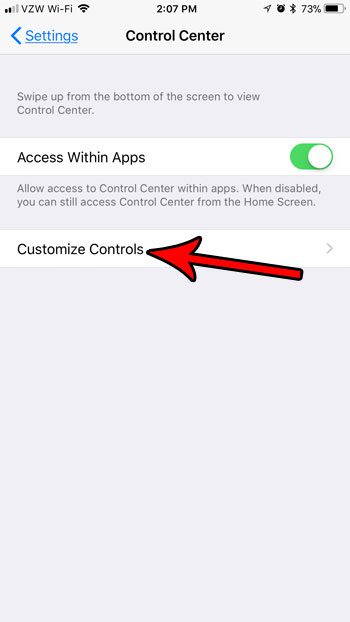 Step 4: Tap the red circle to the left of the Flashlight. 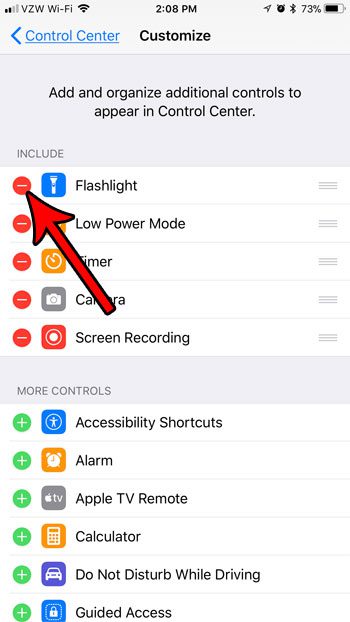 Step 5: Touch the Remove button to the right of Flashlight to remove it from the Control Center. 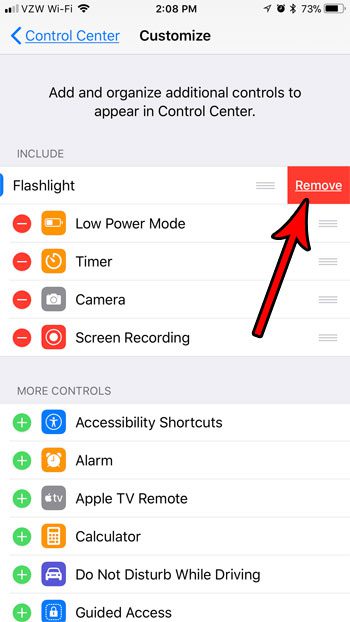 If you decide later that you actually want to have the flashlight available to you, then you can return to this menu and tap the green + button to the left of Flashlight to add it back. Note that you may need to change its position in the list of controls if you want to restore it to its previous location.

The ability to customize the Control Center provides you with some additional options on your device. You can even enable a screen recorder that lets you take video of what is happening on your iPhone screen.