The keyboard on the iPhone is split into several different modes, including letters, numbers and symbols. There are different functional keys on each keyboard mode, including a shift key for the letters. You may already know that you can press the shift key then a letter key to capitalize that letter.

But this can be tedious if you are typing a lot of capital letters, so you might be looking for a way to turn on caps lock so that you can type in all capital letters. Fortunately this is an option on the device, and our guide below will show you how to use it.

These steps were performed on an iPhone 6 Plus in iOS 8.1.2, but these steps will also work with other iPhone models and in other versions of iOS.

You can read more about the iOS 8 keyboard here.

Step 1: Open an app that uses the keyboard, such as Messages. 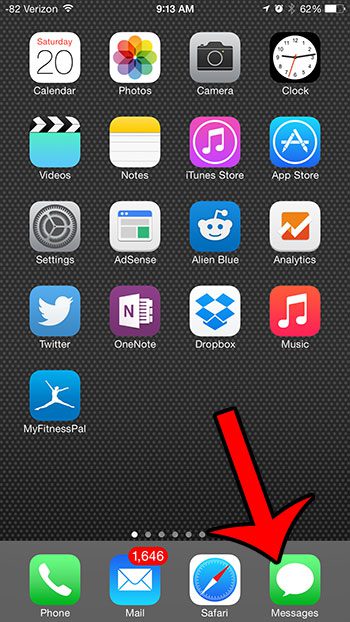 Step 2: Double-tap the up arrow at the left side of the keyboard. You will know that caps lock is enabled when there is a horizontal line under the arrow, as in the image below. 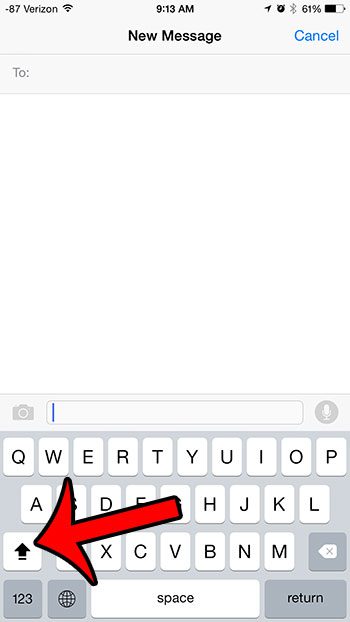 You will then be able to type in all capital letters until you either touch the up arrow button again, or switch to the number keyboard. 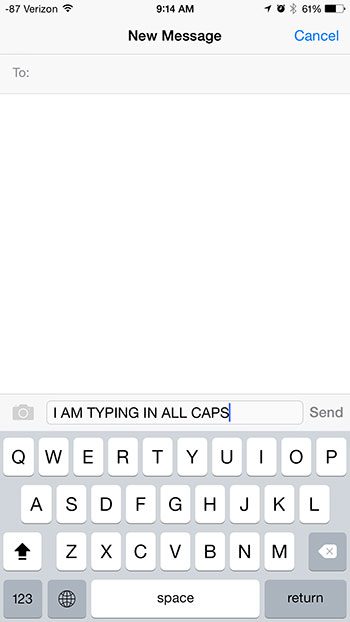