If you do a lot of travelling, or if you are often near an international border, then you know how expensive voice and data roaming charges can be. One of the worst parts about roaming, however, is that you are often roaming without even realizing it. If this is a problem that you have encountered, or if it is something about which you are worried before you are about to travel internationally, then you can disable roaming on your iPhone 5 to ensure that you aren’t accidentally charged for accessing these roaming networks.

If you’ve been thinking about getting an e-reader, or if there is someone in your life that would like one as a gift, then check out the Kindle. It’s inexpensive, has an incredible battery life and is very easy on the eyes.

Disable All Roaming in iOS 7 on the iPhone 5

Some cellular providers are starting to offer more competitive options for people that travel internationally, so it’s always a good idea to contact your cellular provider before taking an international trip. Not having access to the Internet or the ability to call someone whenever you need to can be a little unnerving, especially when you are in an unfamiliar country. But if your provider does not have any easy ways for you to make your roaming charges less expensive, then you should follow these steps below to learn how to disable voice and data roaming on your iPhone 5 in iOS 7.

Step 2: Touch the Cellular button near the top of the screen. 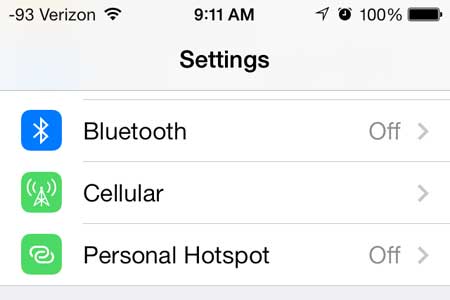 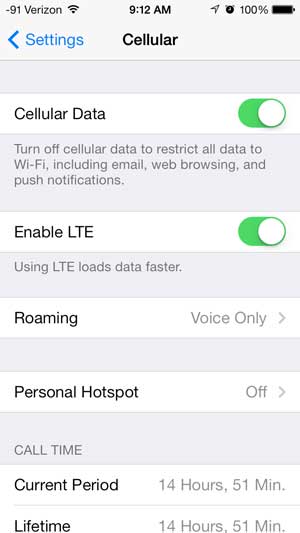 Step 4: Move the slider to the right of Voice Roaming from the right to the left. Note that the image below is what this screen looks like before you move the slider. 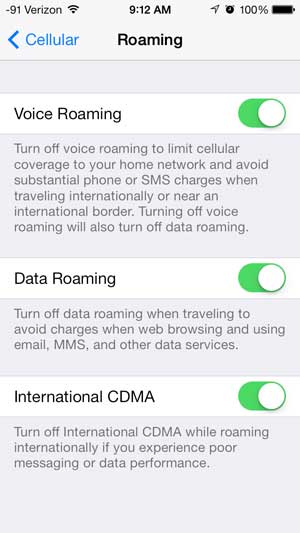 After you have moved the slider and turned off roaming on your iPhone 5, you should have a screen that looks like this. 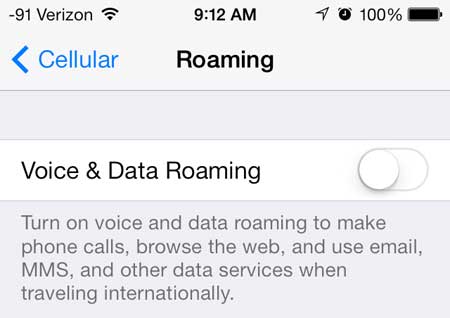 Once you return from your trip, or if you find that you need to use your phone and don’t care about the roaming charges, simply return to the Roaming menu and move the slider from left to right to re-enable roaming.

iOS 7 has a call blocking feature now, and it is excellent. Click here to learn how to start blocking callers on your iPhone 5.